An OPA Lawyer Has His Doubts, Part 2 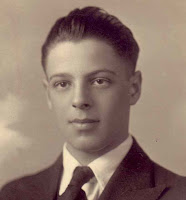 This is the second of two posts on lawyers at the Office of Price Administration during World War II. You may begin with the first, here.﻿

﻿My grandfather, Sigmund A. Robinson was a 1928 graduate of the University of Michigan Law School. In the 1930s he practiced with another lawyer in Detroit, occasionally handling minor matters for the Ford Motor Company, until, as family legend has it, Henry Ford learned that he was Jewish and ordered that he be given no more cases. He moved moved to Indianapolis to become a “price lawyer” in OPA and remained in the city after the war as general counsel for the “Real-Silk,” a manufacturer of synthetic women’s hosiery.

On November 12, 1942, he supplemented his usual report on his activities with some reflections on the work of the agency.

Volume for the period was as follows: Telephone inquiries-475; office interviews with members of the public-15; letters of interpretation and explanation-93; interoffice consultations with the price executive and members of his staff-48.

Once upon a time, long, long ago (at least so my college textbook in Organic Evolution said) there lived a dinosaur named Stegasaurus. This monster’s body kept growing larger and larger but its brain, which was only about the size of that of a three weeks old kitten, failed to grow along with its body and so proved unequal to the task of managing and directing so huge a bulk. The result was that Stegasaurus became an easy prey for its rapacious adversaries and became extinct.

There is, of course, a moral to be drawn from the sad demise of Stegasaurus. The body of price control, the regulations, revisions, amendment, revocations, supplementary regulations, and general and special orders, keeps growing larger and larger at an amazing rate. The brains of both those required to comply and those charged with its administration, interpretation, and enforcement are not growing space. If the present rate of growth continues,

price control, too, may become an easy prey for its adversaries and become even more extinct than Stegasaurus since it is doubtful if the regulations will be displayed in Sinclair Refining advertisements a few thousand years hence like Stegasaurus is today. 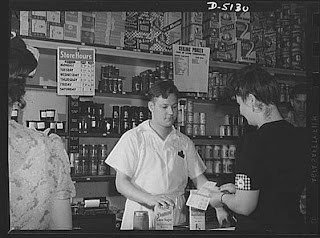 t of the rules and requirements. The country general store is subject to about 25 or more regulations, a number of which have been many times amended. The corner grocer has to contend with about a dozen and current production for the grocery trade is about two new regulations a week. The shoe repair is fortunate, with in most instances only three regulations to worry about, MPR 165 for the soles MPR 200 for the heels, and GMPR for everything else.

Many of the regulations have caused wearers of Phi Beta Kappa and Coif keys considerable periods of anguish. With three regulations on mince meat, Christmas cookies, fig pudding, etc., a 5 inch definition of apple butter and formulas like MPR 210 and Amendment 8 to MPR 122 which are not only difficult to understand but impossible for most small merchants to follow because of lack of records on which the computations are based, the staff in the field is verging upon a state of confusion and frustration.

We seem to have given up on the old cry that the ceiling shall not be punctured but are attempting to do our level best in cooperating in the effort to prevent a blowout. However, the issuance of a regulation dealing with such essentials as bottled eggnog and Tom and Jerry batter and a new price on turkey every Thursday makes us wonder.

Most businessmen are not only willing but anxious to play the game if they can learn the rules. We in the field are here to do or die for old OPA but it is pretty rough going for both sides when the rules are changed on each play as the team carrying the ball comes out of the huddle.

The contemplation of all contingencies and eventualities, the avoidance of all ambiguity and uncertainty and appreciation of the delicate shading and meaning of words are all the marks of a good legal draftsman. Our regulations generally bear that mark.

It seems to us, however, that a regulation which is to be read and immediately understood and followed by every retail grocer, clothier or coal yard operator in the country, presents a problem in draftsmanship distinct and different from a contract, trust indenture, will, or most legislative enactments.

The standards of good draftsmanship may have to be sacrificed in achievement of simplicity to the end that not only he who runs may read but that he who reads but little may understand. It seems preferable in the case of regulations operating at retail level that thousands learn what is required than that a few be prevented from obtaining larger mark-ups and higher prices through failure to eliminate all ambiguity and resolve every contingency.

Simplicity might also be added by an attempt towards standardization of pricing methods for various types of retail businesses. The grocer now must contend with base period, dollar and cents mark-up, percentage mark-up, and fixed percentage methods.***

A longer period between the issuance and effective date of regulations applying to businesses of this nature and improvement in publicity would also be helpful. Many small merchants who are subscribers to no business service and belong to no trade association now learn of the existence of a regulation only after a considerable period of violation.

Last but not least is the paper work. There is nothing that distresses a business many more than paper work. The average merchant is now constantly buried beneath the mass of forms and reports which he is required to fill out and file not later than noon last Tuesday. If the businessman revolts or goes on a strike, it will not be because his mark-up is lowered or his freedom of action curtailed but it will be because of the paper work. In this period of manpower shortage, it seems vital to keep the paper work down to an absolute minimum.

This may sound like treason. It isn’t. It is simply the adaption of the slogan prominently displayed on the walls of most Greek restaurants which reads: “If you like our food, tell others. If you don’t like our food, tell us.”
Posted by Dan Ernst at 1:00 AM