﻿Thus did Gautham Rao, a doctoral candidate in the University of Chicago’s history department, begin his presentation at a session on “Political Economy in Nineteenth-Century America” at last weekend’s Policy History Conference in Clayton, Missouri. I’m not a regular at this meeting, but I gather that specialists on earlier eras often protest, with varying degrees of equanimity, that the program tilts too heavily to the latter half of the twentieth century. (The joke at the plenary, “How Does the Nineteenth Century Matter?” was that the word "How" had been omitted in the original title for the session.)

For all that, a respectable crowd assembled for the 8:30 A.M. session, which consisted of a paper by Sharon Ann Murphy (Providence College) on antebellum regulation of life insurance through New York’s chancellor, Joshua Salzman (University of Illinois at Chicago) on the great public trust case of Illinois Central v. Illinois, and two papers on the Warehousing Act of 1846, one by Rao and one by Phillip W. Magness, a graduate student in public policy at George Mason. Robin Einhorn (UC-Berkeley) provided a penetrating comment; Mark W. Summers (University Kentucky) presided.

It was a surprise that a topic as obscure as the warehousing act could be so illuminating. As Magness lucidly explained, the statute allowed importers to delay payment of customs for as long as a year by storing their goods in warehouses. They could take their time in finding the best deal; they could also re-export the goods to Canada or Latin America without paying the import duty. Previously, merchants had to pay at once, and most took out loans from the Bank of the United States or, after its demise, private lenders. After the passage of the 1846 act, the United States, in effect (and in Rao’s words), “subsidized time.” 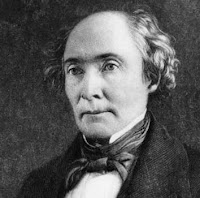 Magness called the act an early and overlooked example of a public policy promoting economic markets. He stressed the role of Polk’s Treasury Secretary Robert J. Walker (pictured at left) as a “policy entrepreneur” in implementing the act. Rao related the measure to the argument of his forthcoming dissertation on the “mercantile state,” a thoroughly researched, intellectually ambitious, and vividly illustrated work-in-progress that will complement Richard John’s and William Novak’s on-going quarrel with the description of the American polity of the nineteenth century as a state of courts and parties. Although proponents of the warehousing act were savvy enough to justify it in Jacksonian terms as a boon to the “younger and more numerous” members of the mercantile class, in fact it led to the concentration of commerce in major ports and merchant houses and remade the urban landscape, as massive warehouses suddenly appeared near the wharves. The contemporary significance of a measure that was justified on the grounds of “national security and national welfare" but also favored powerful economic actors was not lost on the audience.

In her comment, Einhorn, in effect, asked, “Warehouses: Why Now?” Until recently a panel on nineteenth-century political economy would have centered on railroads, those great domestic engines of economic growth and the subject of a marvelous book by the chair of the session. But although a railroad figured in Salzman’s paper and Murphy discussed another domestic force, the insurance industry, ports and the shaping influence of international trade dominated the session. Historians of nineteenth-century public policy, it seems, are joining such scholars of American political development as Ira Katznelson and Martin Shefter in taking the transnational turn.
Posted by Dan Ernst at 10:55 AM