"Dear Mother," wrote Lloyd Gaines, on March 3, 1939. "I have come to Chicago hoping to make it possible to make my own way." It was the last contact Gaines, the plaintiff in 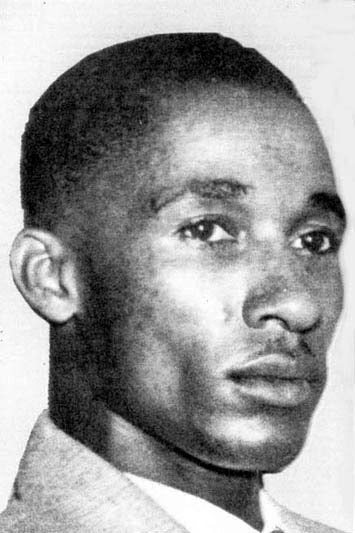 the landmark civil rights case Missouri ex rel. Gaines v. Canada, would have with his family before his disappearance. He was twenty-eight years old, and three months after his Supreme Court victory he had traveled to Chicago in search of work. Whatever happened to him is one of the unsolved mysteries of the civil rights era.

Lloyd Gaines’ case resulted in a Supreme Court ruling invalidating a common practice at the time: states that denied admission to their law schools to African Americans would offer (often very limited) scholarships to African American students so that they could attend an out-of-state law school. The regime of "separate but equal" under Plessy v. Ferguson was still the law, but the Supreme Court ruled unanimously that Missouri had to provide equality within its own borders. The state responded by creating a new black law school. Whether the segregated school satisfied the equal protection clause was not then tested, because the plaintiff disappeared.

A digitalized copy of Gaines’ letter to his mother is now available in an amazing new digital archive on the University of Missouri website. The letter does not shed light on the Gaines mystery, but it illuminates the difficulties civil rights plaintiffs faced. Many, like Barbara Johns, the 16-year-old at the center of a student protest that led eventually to the Prince Edward County, Virgina case that became part of Brown v. Board of Education, were whisked away from home for their safety. Gaines found "hospitality and friendship" when hundreds turned out to hear him speak in Kansas City. But in spite of his new-found fame, there were no job prospects, and resources were dwindling. He was "still fighting and sacrificing – almost the ‘supreme sacrifice’ to see that [his case] is a complete and lasting success for thirteen million Negroes." But "sometimes," he wrote, "I wish I were just a plain, ordinary man whose name no one recognized." "Should I forget to write for a time," Gaines wrote in closing, "don’t worry about it I can look after myself ok." He was last seen in Chicago shortly thereafter, and was never heard from again.
In addition to family correspondence, the digital archive contains materials on Missouri law and policies at the time of the case, and University correspondence. There are also links to related secondary materials. The University of Missouri’s announcement is here. The digital archive home page is here. Hat tip to Paul Moorman, USC Law Library.


Cross-posted at Balkinization.
Posted by Mary L. Dudziak at 12:31 PM