The political season is showing up on the book pages this weekend, in various ways. David Bronwich reviews a long list of Bush Administration-related books at the New York Review of Books. The list (sans links, sorry!) is:

The relationship between President George W. Bush and Vice President Dick Cheney will be a focus of historical scrutiny in future years. As I have suggested before, I suspect that contemporary accounts that diminish the agency of President Bush himself are likely to be vulnerable to revision, regardless of the centrality of Cheney 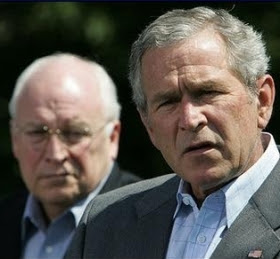 's role.
In Bromwich's view, the administration has been a "co-presidency." He writes:

The shallowest charge against Cheney is that he somehow inserted himself into the vice-presidency by heading the team that examined other candidates for the job. He used the position deviously, so the story goes, to sell himself to the susceptible younger Bush. The truth is both simpler and more strange. Since 1999, Cheney had been one of a group of political tutors of Bush, including Condoleezza Rice and Paul Wolfowitz; in this company, Bush found Cheney especially congenial—not least his way of asserting his influence without ever stealing a scene....

As early as March 2000, Bush asked him whether he would consider taking the second slot. Cheney at first said no....Some way into that work, Bush asked Cheney again, and this time he said yes. The understanding was concluded before any of the lesser candidates were interviewed. It was perhaps the first public deception that they worked at together: a lie of omission—and a trespass against probity—to give an air of legitimacy to the search for a nominee. But their concurrence in the stratagem, and the way each saw the other hold to its terms, signaled an equality in manipulation as no formal contract could have done. 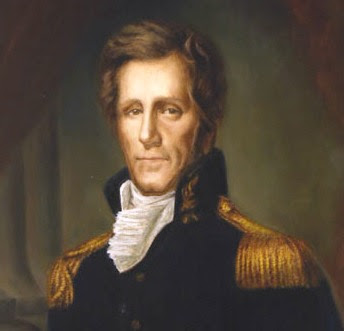 The presidency is the focus as well at the Washington Post. Douglas Brinkley reviews three books on Andrew Jackson:
Lincoln's transition to the presidency is taken up in LINCOLN PRESIDENT-ELECT: Abraham Lincoln and the Great Secession Winter 1860-1861, by Harold Holzer, reviewed by Chandra Manning. TRIED BY WAR: Abraham Lincoln as Commander In Chief by James M. McPherson, and LINCOLN AND HIS ADMIRALS: Abraham Lincoln, the U.S. Navy, and the Civil War by Craig L. Symonds are reviewed by Michael F. Bishop. Finally, TRAITOR TO HIS CLASS: The Privileged Life and Radical Presidency of Franklin Delano Roosevelt by H.W. Brands is reviewed for the Washington Post by Lynne Olson.

For Abraham Lincoln's 200th birthday, the Philadelphia Inquirer has a roundup of recent Lincoln books.
The New York Times turns instead to foreign affairs, with a review of FROM COLONY TO SUPERPOWER: U.S. Foreign Relations Since 1776 by George C. Herring by Josef Joffe. "The strength of this book is the author’s Herculean power of synthesis," he writes. "Herring recaptures a quarter-millennium of American foreign policy with fluidity and felicity."
Finally, various luminaries weigh in on what's at stake in the election in the New York Review of Books.
Posted by Mary L. Dudziak at 10:30 AM