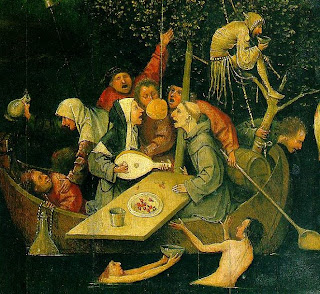 ﻿Suppose you were a legal historian who taught at an American law school, and suppose a colleague proposed the creation of a team-taught, year-long seminar for graduate students and fellows that would provide a kind of Cook’s tour of the leading jurisprudential and interdisciplinary approaches to law--a law-school equivalent of a “field seminar” in a graduate program in history or political science. The seminar would profess to make its attendees “culturally literate” in contemporary legal scholarship by working through a body of concepts that "every legal academic should know." Possible topics proposed for law and economics include incentives and human behavior, property and liability rules, and the Prisoner's Dilemma; those for law and philosophy, the veil of ignorance, the nightwatchman state, and deontological theories of justice. For legal history the colleague proposes, arguendo:

﻿When confronted with such a proposal, what’s a hypothetical legal historian to do?

My own reaction would be, first, relief that legal history was being offered a seat at this particular table, followed at once by doubts about the premise of the exercise, that legal history has a set of foundational concepts, agreed upon by its practitioners as such. Several alternative premises come to mind. One could teach the landmarks works and controversies of the field, but that's not what the occasion would call for, as the seminar would aim at producing generalist legal scholars, not legal historians.

I could also generate a list of topics that have been important to my own research and teaching--as it happens, it would overlap with the list above--but that wouldn't fill the bill, either: the concepts are supposed to be foundational for the field of legal history and not just the legal historian who happened to lead the seminar that day. But once one started to list candidates for the category of "foundational concepts," it's very hard to know when to stop and to declare oneself in possession of a serviceable canon for the generalist law professor. A more open-ended exercise might be feasible--a legal historical equivalent to Lawrence Solum's "Legal Theory Lexicon," say; or a legal history wiki--but a reading list for a single session of a seminar would feel quite arbitrary.

What I think I'd propose instead was a session on the history of the American legal academe. Although we don't have a one-volume history of the subject--a legal equivalent to John Higham's History or Peter Novick's That Noble Dream--there's no dearth of first-rate scholarship on the history of legal scholarship. A quick tour would start before the rise of the modern university with articles on Story and Kent (﻿Kent Newmyer, "Harvard Law School, New England Legal Culture, and the Antebellum Origins of American Jurisprudence," 74 Journal of American History 814 (1987); John H. Langbein, "Chancellor Kent and the History of Legal Literature," 93 Columbia Law Review 547 (1993)) and Stephen Siegel on nineteenth-century treatise writers ﻿("Francis Wharton’s Orthodoxy: God, Historical Jurisprudence, and Classical Legal Thought," 46 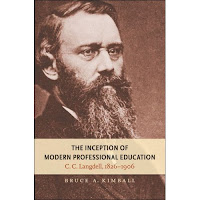 American Journal of Legal History 422 (2004); "Joel Bishop's Orthodoxy," 13 Law & History Review 215 (1995)). On Langdell, one of Bruce Kimball's articles would do, until his biography of the Harvard law dean appears next year. Three books by Laura Kalman would cover most of the twentieth century (Legal Realism at Yale; The Strange Career of Legal Liberalism; Yale Law School and the Sixties) to which one would add John Henry Schlegel's American Legal Realism and Empirical Social Science. Throw in a survey of mainstream legal thought, such as William W. Fisher's "Legal Theory and Legal Education" in volume 3 of the Cambridge History of Law in America, and call it a day

At the end of that day, I'm not sure how much legal history the seminarians would have learned, but they would have encountered a foundational concept, not simply for legal history, but history generally: Bob Gordon's "menace of historicity," that is, the historically contingent nature of the present, including the present-day legal academe ("Historicism in Legal Scholarship," Yale Law Journal 90 (1981): 1017).
Posted by Dan Ernst at 11:24 AM