There was much serious correspondence between Justice Felix Frankfurter and President Franklin Roosevelt during the early 1940s. But their letters were often personal and affectionate. Another round between the soldier and his Commander-in-Chief was set

off by a letter Frankfurter received in September 1943. (The opening round is here.) Major General Myron C. Cramer wrote:

Since you have passed the age of sixty, fixed by Congress for the retirement of officers of the Regular Army below the grade of general officer, you have, by direction of the President, been transferred, effective this date, to the Inactive Reserve.

Frankfurter wrote to the president that he had been “placed on the martial shelf as a superannuated major.”

I regret that you have been retired. You should always remember, however, that General Napoleon Bonaparte was retired to Elba while still in his forties.

I think there is an error in General Cramer’s statement to you that you have been transferred to the “Inactive Reserve”. I think he meant the “Inactive Preserve”. The status is somewhat akin to the process of pickling alcohol! 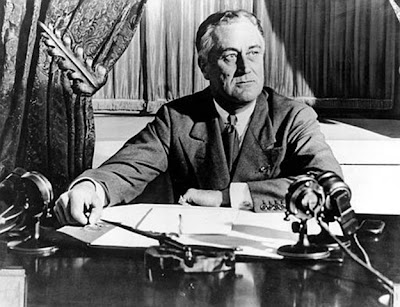 Allow me to say that your letter of even date is doubly gratifying, to wit:

1. That you should compare my case to that of General Napoleon Bonaparte again proves how deeply rooted your are in legal tradition. Even in your military administration in time of war you rely on precedent.

2. More heartening still, is your correction of General Cramer’s designation of my status. For you to assure me that I am transferred to the “Inactive Preserve”, which gives me a status “somewhat akin to the process of pickling in alcohol”, affords me justifiable grounds for assuming that I can rely on you for my good spirits in the future.

Respectfully and gratefully yours,