[This is the fourth and final installment in a series of posts on the case of Pierson v. Post. The series begins here.]

If one puzzle was why litigants bothered to commence and appeal a suit when so little money was at stake, another is why the judges of the New York Supreme Court devoted so much attention and learning to the case. The judges had it before them for quite some time: the jury reached its verdict in Fordham’s court on December 30, 1802, and the New York Supreme Court did not announced its decision until September 10, 1805. It reversed the judgment of the justice’s court and awarded Pierson $121.37 (about $2,150 today) for his “costs and charges” in the appeal.

Fernandez puts the appeal in the context of a campaign by New York’s elite lawyers to raise the sophistication of New York’s bench and bar. Encouraging JPs to pay some attention to the official “law in the books” was one important goal. This could be accomplished by the publication in New York of a well-known legal genre, the JP manual, such as Samuel Brown, The Justice’s Directory, or, Points on Certiorari: Being a Digest of the Cases Reported by Johnson and Caines (1813). It could also be advanced through the aggressive review of the JPs’ judgments. Fernandez writes that by 1814 the New York Supreme Court was handling hearing nearly two hundred appeals from Justice’s Courts every year, even though many involved small monetary judgments. She posits that “a disciplinary process [was] at work.”

Another target of the campaign to create “learned law for New York” was the legal profession itself. A display of learning could up the ante for legal argument, exclude the socially undistinguished from remunerative litigation in a kind of intellectual arms race, and affirm the well-educated lawyer’s own sense of the bar as a learned profession. 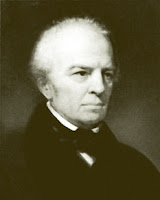 The campaign had a broader, social dimension as well. As New York democratized, a new breed of politicians denounced judge-made common-law as the last refuge of feudal privilege in republican America and demanded codification by the more popular legislature. The great paladin who marched out to face down this challenge was James Kent (1763-1847), who served as a justice (1798-1804) and chief justice of the New York Supreme Court (1804-1814) and as the state’s chancellor (1814-1823). Kent insisted that “a great proportion of the rules and maxims which constitute the immense code of the common law” was readily knowable from the reports. Further legal treatises, including his own Commentaries on American Law (1826-1830), were surer guides to legal principles than whatever the lesser breed of lawyer-legislators could enact in a code. In short, as the legal historian John H. Langbein writes, “Kent made his career stand for the learned law.”

Fernandez notes that in colonial New York, as elsewhere in the common-law world, elite lawyers tried to raise the level of learning in the legal profession with “moots,” arguments of hypothetical cases before a select audience, often of law students. New York’s judges, she speculates, may have had a similarly didactic aim in Pierson v. Post. Every learned lawyer ought to have devoted hours of their apprenticeship to reading the Justinian and the great natural law jurists of the European continent on the origins of property. When the case bobbed up from Fordham’s court, they seized it as an occasion to “create a more refined legal profession and a body of sophisticated law for New York State.”

For Pierson v. Post to serve the judges’ purpose, it would have to turn on fundamental principles of law rather than some failure to comply with a trivial provision of the Twenty-Five Dollars Act or the overlooking of a well-established rule of law. Fernandez’s discovery of the judgment roll has now revealed that the judges might have overturned the case on narrow grounds and instead chose to make the case turn on the acquisition of property.

We knew from Livingston’s dissent that Sanborn listed six errors in the proceedings before the JP and that he ultimately abandoned all except the third. The judgment roll preserves Sanborn’s original list. As Sanborn had it, his client suffered the “manifest error” of the JP court in the following ways:

1. Fordham’s order to the constable to summon Pierson was directed to either of the two constables of the town of Southampton when it should have named a single person;

2. Pierson was summoned on the same day as the trial, without the minimum six days’ notice required under the Twenty-Five Dollar Act.;

3. Post’s complaint was “not sufficient in law for the said Lodowick Post to have[,] maintain[,] or support his said action”;

4. The jury summons did not specify the reason for which the jurors were to appear;

5. Fordham “found” the court costs when the jury ought to have done it; and

6. “By the law of the land judgment ought to have been rendered and given” for Pierson, not Post.

Note two things about this list. First, the first, second, fourth, and fifth errors are all procedural. Of these, only the second seems very serious, and it is mitigated by Fernandez’s discovery of a partially illegible document suggesting that Pierson did in fact have notice of the suit, only that he received it orally rather than in writing. Fernandez writes of the fifth error that Fordham surely itemized and totaled up the court costs but that this was not inconsistent with the jury having “found” them once he did.

Even if the Supreme Court judges were not intent on a display of learning they might have rejected these arguments. As Donahue writes, they are “the kind of picky points that might well be dismissed on the ground of harmless error, or, to put it more colloquially, ‘we’ve got to cut the JP’s some slack.’” This attitude would also have been consistent with the position Samuel Brown took in his JP manual: “The sound rule of construction, in respect to the courts of justices of the peace, is to be liberal in reviewing their proceedings, as far as respects regularity and form.”

Second, neither the third error, upon which Sanborn ultimately took his stand, nor the sixth (which seemingly duplicates the third) identified the particular legal theory Post had advanced. As far as they go, they were consistent with either a tort or a property theory of the case. Even so, Fernandez thinks that the tort theory would have failed (because of the recreational nature of Post’s hunting) and it would have failed to advance the judges’ goal of making a convincing display of their legal learning (because it would only require the affirmation of a well-recognized principle of the common law.

If the judges were determined to have a learned discussion of “the classic issue of how one establishes possession and ownership of wild animals,” the two lawyers in the appeal were quite capable of playing their roles, for they were as able as any in the state. Nathan Sanford (pictured at left) was appointed a U.S. Commissioner of Bankruptcy in 1802. The following year he became U.S. Attorney for New York. He would hold that post until 1815 and serve in the U.S. Senate from 1815-1821 and from 1825-1831. He succeeded Kent as Chancellor, serving between his senatorial terms. Post’s lawyer, Cadwallader David Colden (pictured at right), was classically educated in New York and London and practiced law in New York City and Pough- keepsie. He became U.S. Attorney for New York in 1798 and mayor of New York City in 1819. He served in the U.S. House of Representatives from 1821 to 1823.

The authors of the majority and dissenting opinions were also well-trained; their disagreement may well have been a matter of “personal politics,” to use Bethany Berger’s phrase. Berger notes that Henry Brockholst Livingston and Daniel Tompkins were both members of New York’s political elite. Livingston had been elected to the state assembly in 1786 and was appointed to the U.S. Supreme Court in 1807. Tompkins served as governor of New York (1807-1817) and Vice President of the United States (1817-1825). Both opposed the Federalists and backed Thomas Jefferson in the fierce presidential election of 1800. 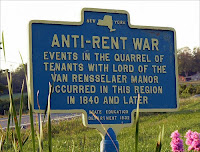 Yet the two men had different social origins, which might well have influenced how they regarded fox hunting or deference to local elites. Livingston was the scion of one of New York’s richest families, which owned 500,000 acres on which lived “thousands of tenant farmers in an American version of English manorial society.” This quasi-feudal arrangement persisted until the “Anti-Rent Wars” of the 1840s. Tompkins’s parents, in contrast, lived as tenants on a great manorial estate, and although they moved before Tompkins’s birth, his modest social origins were part of his political persona. During his gubernatorial campaign he described himself as “a ‘humble farm boy,” who had “‘not a drop of aristocratical or oligarchical blood’” in his veins. 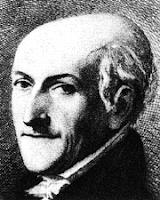 No one has yet turned up any explanation by Livingston or Tompkins of their intentions in writing their opinions. Berger ventures, though, that Livingston (pictured at right) might have been speaking for his fellow aristocrats when he took up the perspective of the “gentleman” in an encounter with “a saucy intruder.” I would add that his “reasonable pursuit” standard would give a great deal of discretion to the landowning jurors of the JP courts. Berger also writes that although Tompkins's opinion was not as revealing of his class bias–he delivered no tirade against fox hunting as an aristocratic pastime–he evidently put vindicating the person who “actually got the job done” above defending “the norms of the leisure pursuits of the gentleman.” 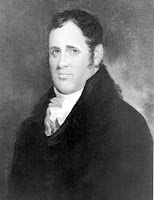 Finally, what about the dog that didn’t bark? If Kent was so invested in the campaign for a learned law, why did he not write an opinion? In 1805 he was chief justice, and on many other occasions he welcomed the chance to flaunt his erudition. One possibility is that Kent had not been present when the decision was argued or announced. Fernandez speculates–without, it must be said, much to back her up–that Kent had a special reason to leave the job to Tompkins. As a law student, Tompkins (pictured at left) heard Kent deliver a series of law lectures in New York in 1794-95, but he rarely emulated his master by writing lengthy opinions. In fact, he rarely wrote at all. Before Pierson v. Post, Fernandez writes, his opinions appear in reports of only eleven of 258 cases, and three of those “opinions” consisted of a single line announcing his agreement with his brethren. His opinion in Pierson v. Post was twice as long as any he had written before.

Fernandez speculates that Kent, in effect, pushed his former student Tompkins to the front of the class and made him recite his lesson. “How else was the process of ‘upgrading’ the legal community going to proceed without providing more junior members of the bar and bench with such opportunities?” she writes. If this was Kent’s aim, Fernandez thinks he must have been disappointed in his pupil, for Tompkins “robotically” followed Sanborn’s argument and did not produce a fresh analysis of his own.

The last word on Pierson v. Post must go to its first historian. “Through this case the actors yet live,” wrote Hedges in 1895. “They speak, although dead, with a record and a judgment that far outlasts all other monument to their memory. Pierson and Post, Peace to their Ashes!”

Update: The published version of these essays appears in The Green Bag, 2d series, including its on-line edition, here.