Mihm on Why It's Still All About the Benjamins 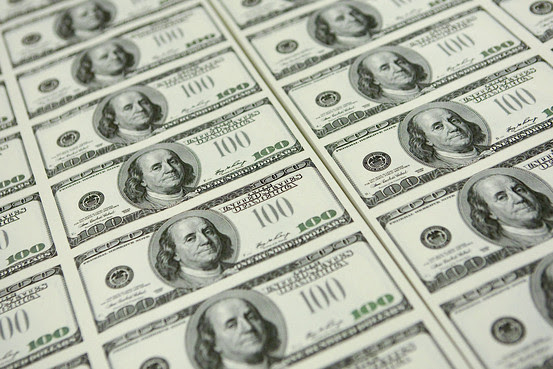 Stephen Mihm, professor of history at the University of Georgia and author of A Nation of Counterfeiters, has published a short piece in the Wall Street Journal on the new $100 bill. According to Mihm, the sophisticated new design is best understood as the latest battle in a long war between the U.S. government and a variety of creative forgers. Here are the first two paragraphs:

In 1690, the Massachusetts Bay Colony became the first government in the Western world to issue paper money. Some of the first counterfeiters of paper money followed soon after. Within a generation, the authorities were engaged in a running battle against forgers, whom they tried to deter by various punishments: cropping their ears, for example, or hanging them. Many colonial notes soon came with a pointed warning: "To counterfeit is DEATH."

Last week, in a ceremony attended by Timothy Geithner and Ben Bernanke, government officials showed off a high-tech $100 bill designed to frustrate 21st-century counterfeiters. It features the pleasing pastels already seen on lesser denominations, as well as a ghostly image of a quill pen and a copper inkwell containing a bell that appears and disappears depending on the angle from which it's viewed. Most startling of all, the front of the bill contains a vertical purple strip that contains shimmering images of the number "100" and the Liberty Bell, all of which miraculously appear to move when the bill is tilted in one direction or another.

You can read the rest of the article here.