From the Boston Post’s on-line edition, we have the following obituary: 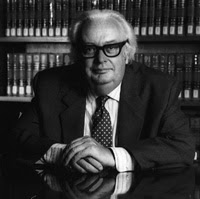 When more than 360,000 legal documents dating from 1692 to 1830 were discovered in the basement of Suffolk County Court in Pemberton Square 35 years ago, their categorization and preservation were entrusted to Edgar J. Bellefontaine.

For Mr. Bellefontaine, chief librarian of the Social Law Library at the courthouse in Boston from 1961 to 1998, it was one of the highlights of a distinguished career as a lawyer, librarian, author, and historian that included being founding director of the Massachusetts Supreme Judicial Court Historical Society, president of the New England Law Library Consortium, and membership on several committees of the American Association of Law Libraries.

The Social Law Library's remembrance is here.
Posted by Dan Ernst at 7:01 AM