Via H-Law, we have the following announcement:

For those who are unfamiliar with Agee, here's an excerpt from a 2008 New York Times obituary: 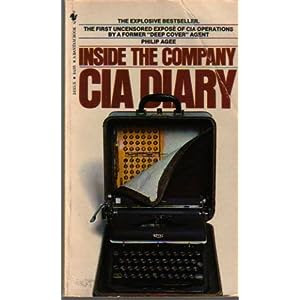 Mr. Agee, whose disillusionment with his work at the agency led him to embrace leftist views, had spent nearly four decades as an avowed enemy of American foreign policy and particularly of the covert intelligence work that supported it.
. . . .

His 1975 book, “Inside the Company: CIA Diary,” infuriated American officials by identifying about 250 officers, front companies and foreign agents working for the United States. His example inspired several more books and magazines, including Covert Action Information Bulletin, written by close associates and sometimes with Mr. Agee’s help, which published the names and often the addresses of hundreds more agency officers working under cover around the world.

The exposés of Mr. Agee and others led Congress to pass the Intelligence Identities Protection Act of 1982, which made it a crime to intentionally reveal the identity of a covert intelligence officer.