"Amid both the gloom of the season and the recent uprisings in the Arab world, it is bracing to look back at the last thirty years or so and see how much has actually gone more or less well," writes Brian Urquhart, reviewing Civil Resistance and Power Politics: The Experience of Non-violent Action from Gandhi to the Present edited by Adam Roberts and Timothy Garton Ash, and Facts Are Subversive: Political Writing from a Decade Without a Name by Timothy Garton Ash, in the New York Review of Books. 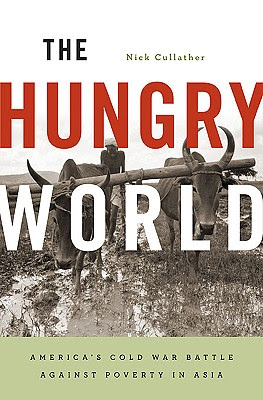 
Washington...launched the Green Revolution as a bulwark against the challenges it faced across Asia throughout the cold war. The first challenge came with the victory of Communism in China in 1949, and the subsequent failure of the American military, which had defeated Japan and Germany several years earlier, to secure a less than advantageous stalemate at the end of the Korean War. Then came the development during the 1950s of powerful guerrilla insurgencies in the United States’ former colony, the Philippines, and in British-ruled Malaya (as well as Indochina, obviously). There was also the far more critical matter of India’s apparent growing inability to feed its rapidly rising population, and the increasing disaffection among the country’s numerical majority, the rural poor who had long formed the base of support for the ruling Congress Party. Washington’s ability to sustain its hegemony in Asia was very much in doubt....

Before long, American aid experts had developed a one-sentence catchphrase to describe the phenomenon: “Where hunger goes, Communism follows.”...More than military operations or covert action (not that Washington forswore either of these, not to mention collusion in massacres of Communist Party members by America’s local allies), the Green Revolution became the weapon of choice to ensure that the balance of power remained in America’s favor.

The book review is "a late 17th-century invention for knowing about a book - or claiming to know about it - without reading it," writes James Delbourgo in a review of Too Much to Know: Managing Scholarly Information before the Modern Age by Ann M. Blair in the Times Higher Education supplement.

The Presumption of Guilt: The Arrest of Henry Louis Gates Jr. and Race, Class, and Crime in America, by Charles J. Ogletree Jr., and The New Jim Crow: Mass Incarceration in the Age of Colorblindness by Michelle Alexander are taken up in the NY Review of Books.

Also reviewed this week:  In the Times Higher Education supplement:  How to Change the World: Tales of Marx and Marxism by Eric Hobsbawm;  Islanders: The Pacific in the Age of Empire by Nicholas Thomas, and The Colors of Zion: Blacks, Jews, and Irish from 1845 to 1945 by George Bornstein.  In the Los Angeles Times, The Shah (on the last Shah of Iran), by Abbas Milani. In the Boston Globe, KNOWN AND UNKNOWN: A Memoir, by Donald Rumsfeld.
Posted by Mary L. Dudziak at 1:37 AM