Mandela, Socrates, Crazy Horse and more in the book reviews

The Killing of Crazy Horse

by Thomas Powers, writes Ian Frazier in the New York Review of Books,


examines the darkest episode ever to happen in [western South Dakota]. In fact, I believe a lot of the darkness around there comes from that one killing—of the Oglala Chief Crazy Horse by the American army. Higher-ups in the army and the government regretted the killing but some said it was probably for the best. Nobody investigated it. People’s lives went on, and the Sioux, whom General Sherman had wanted to “reduce…to a helpless condition,” pretty much attained it. Crazy Horse receded from memory, except among his tribesmen and certain of their neighbors like John Neihardt and Mari Sandoz. And yet admirers kept thinking about Crazy Horse, and wondering exactly how and why he had died. Thomas Powers, a journalist whose past books have been about the national security apparatus and the CIA, now joins that number, with the most readable and detailed account of Crazy Horse’s death so far. It’s a passionate book without being in any way a sentimental one. 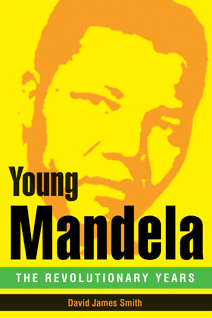 A formative moment in the life of South African leader Nelson Mandela was his exclusion on the basis of race from studying law at Witwatersrand University, according to David James Smith in his new book YOUNG MANDELA: The Revolutionary Years.  This book is reviewed with two others on Mandela are discussed today in the New York Times:  CONVERSATIONS WITH MYSELF by Nelson Mandela, and MANDELA’S WAY: Fifteen Lessons on Life, Love, and Courage by Richard Stengel.

THE HEMLOCK CUP: Socrates, Athens, and the Search for the Good Life by Bettany Hughes is reviewed in the Washington Post.  The book was discussed last fall in The Telegraph.

WILD BILL DONOVAN: The Spymaster Who Created the OSS and Modern American Espionage by Douglas Waller is reviewed in the New York Times.

And the Show Went On: Cultural Life in Nazi-Occupied Paris by Alan Riding is discussed in the New York Review of Books.