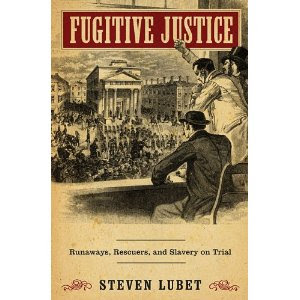 The Oberlin Fugitive Slave Rescue: A Victory for the Higher Law is a new article by Steven Lubet, Northwestern University School of Law.  It appears in North & South, Vol. 13, 2011.  Here's the abstract:


This article tells the story of the Oberlin fugitive slave rescue and the ensuing prosecutions in federal court. The trial of rescuer Charles Langston marked one of the first times that adherence to "higher law" was explicitly raised as a legal defense in an American courtroom. The article is adapted from my book – Fugitive Justice: Runaways, Rescuers, and Slavery on Trial – which tells this story (and several others) in much more detail.

In the fall of 1859, John Price was a fugitive slave living in the abolitionist community of Oberlin, Ohio. He was lured out of town and captured by Kentucky slavehunters, but he was able to raise an alarm. Hundreds of Oberliners – including many students and graduates from the eponymous college – came to his rescue. They chased the slavehunters to nearby Wellington, where they freed John Price by force.

The pro-slavery Buchanan administration could not ignore such a blatant violation of the Fugitive Slave Act, and soon obtained indictments against thirty-seven rescuers, including twelve black men. The ensuing trials would be one of the first times that adherence to the “Higher Law” was raised as an explicit legal defense in a United States court.

Charles Langston – a free black man and the son of a Virginia plantation owner – was brought to trial in Cleveland the following spring. Langston was a militant abolitionist and a leader of Ohio’s African-American community. Although convicted, he shocked the country when he defiantly addressed the court at sentencing. Langston announced that he would proudly continue to violate the Fugitive Slave Act, and he would assert the “God given right to freedom” in the face of any warrant or legal requisition.

Langston’s attorney stunningly also declared himself a “votary of the Higher Law,” thus setting the stage for a courtroom confrontation between morality and legality.