Shoemaker, Sanctuary and Crime in the Middle Ages 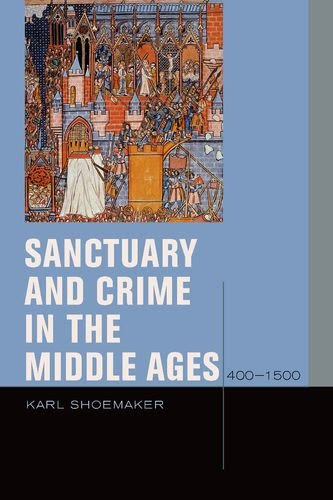 Sanctuary and Crime in the Middle Ages, 400-1500, by Karl Shoemaker (University of Wisconsin, Madison) is a new release from Fordham University Press.

Sanctuary and Crime in the Middle Ages, 400–1500 rethinks the history of sanctuary protections for criminals in the Western legal tradition. From the twilight of the Roman Empire until the sixteenth century, every major medieval legal tradition afforded protections to fugitive criminals who took sanctuary in churches. Sanctuary-seeking criminals might have been required to perform penance or go into exile, but they were guaranteed immunity from corporal and capital punishment. In the sixteenth century, sanctuary protections were abolished throughout Europe, uprooting an ancient tradition and replacing it with a new set of juridical arguments about law, crime, and the power to punish.

After situating sanctuary law within early Christian and late Roman traditions, this book explores a rich range of medieval legal, ecclesiastical, and social sources, with special attention to the early English common law, and it concludes by examining the legal arguments that led to the abolition of sanctuary privileges and ushered in a new state-centered age of criminal deterrence and social control.

Shoemaker's excellent study elucidates the origins and successive transformations of sanctuary as a central institution of premodern criminal justice. A work of great sweep and acuity, Sanctuary and Crime effectively bridges the history of values, ideas and practices--legal, political, religious and social. Focusing first on early Continental developments and then on the Anglo-Saxon implementation and later English domestication and eventual abolition of sanctuary, Shoemaker has fashioned an intelligent analysis of the institution itself and an original and challenging argument regarding the evolution of criminal justice across a millennium and more. --Thomas A. Green

This excellent monograph provides a long-needed reinterpretation of sanctuary laws. Shoemaker's study shows remarkable range, covering over 1000 years and a variety of legal traditions. His work dovetails with other recent scholarship that explores the political logic of non-centralized governments. -- Martha Newman

Shoemaker's manuscript provides an impressive reconsideration of a longneglected but very important topic in medieval history, the sanctuary givento criminals (and debtors) in churches. -- Thomas Hughes