Supreme Court Histories, Gideon After 50 Years, and More on Justice and Injustice in the Courts: This Week in the Book Pages

In the New York Times Adam Liptak reviews Out of Order: Stories From the History of the Supreme Court (Random House) by Sandra Day O'Connor.  Here's a sample:


She has a lot to say. But, the provocative title of her new book notwithstanding, she is not saying it here. Instead, she has delivered a disjointed collection of anodyne anecdotes and bar-association bromides about the history of the Supreme Court. “Out of Order” is a gift shop bauble, and its title might as well refer to how disorganized and meandering it is. 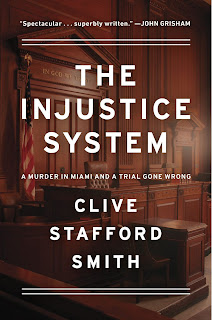 Abbe Smith, a law professor at Georgetown, reviews two books that "put a damper on the celebration" of the 50th anniversary of Gideon v. Wainwright.  Kids For Cash: Two Judges, Thousands of Children, and a $2.8 Million Kickback Scheme (The New Press) by William Ecenbarger is "a harrowing tale" of two Pennsylvania judges who "accepted millions of dollars in kickbacks from a private juvenile detention facility" for sending girls and boys to jail.  The Injustice System: A Murder in Miami and a Trial Gone Wrong (Viking) by Clive Stafford Smith "makes a strong case" that a man sentenced to death in Miami 26 years ago is innocent.

Also in the NY Times this week: a review of Jonathan Sperber's Karl Marx: A Nineteenth-Century Life (Liveright), a book that according to reviewer Jonathan Freedland has the "express purpose" of dispelling "the dominant notion of a timeless Marx-- less man, more ideological canon-- and relocate hime where he lived and belonged, in his own time, not ours."  And, Amy Wilentz reviews Sugar in the Blood: A Family's Story of Slavery and Empire (Knopf) by Andrea Stuart.

And, in case you missed it, Adam Liptak reviews Stuart Banner's The Baseball Trust: The History of Baseball's Antitrust Exemption (Oxford).

In the LA Times this week, you'll find a review of Barry Siegel's Manifest Injustice: The True Story of a 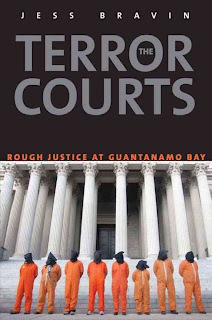 Convicted Murderer and the Lawyers Who Fought for His Freedom (Henry Holt), and a review of Jack Nelson's Scoop: The Evolution of a Southern Reporter (University Press of Mississippi).

In the Washington Post Dina Temple-Raston reviews Jess Bravin's The Terror Courts: Rough Justice at Guantanamo Bay" (Yale), a comprehensive account of the creation of the [military] commissions" at Guantanomo Bay "in the months after the Sept. 11 attacks."