Edwards to Lecture on “Women, Law, and Culture: Rethinking Legal Change in the Civil War Era" 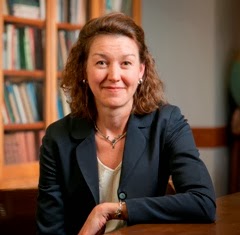 [Our friends at Oregon Law send us the following announcement.]

Laura F. Edwards received her Ph.D. from the University of North Carolina, Chapel Hill and is now Professor of History at Duke University. Her interests focus on race, gender, labor, and law, especially in the nineteenth-century U.S. South. She just completed a legal history of the Civil War and Reconstruction titled A Nation of Rights. Most recently, she is the author of The People and Their Peace: Legal Culture and the Transformation of Inequality in the Post-Revolutionary South (University of North Carolina Press, 2009), which was awarded the American Historical Association’s 2009 Littleton-Griswold prize for the best book in law and society and the Southern Historical Association’s Charles Sydnor prize for the best book in southern history. In addition, she is author of Scarlett Doesn’t Live Here Anymore: Southern Women in the Civil War Era (University of Illinois Press, 2000); and Gendered Strife and Confusion: The Political Culture of Reconstruction (University of Illinois Press, 1997). She has received fellowships from the Newberry Library, the National Humanities Center, the NEH, and the Guggenheim Foundation. She also has been honored with the Howard D. Johnson award for distinguished undergraduate teaching, given by the College Arts and Sciences at Duke University and the Dean’s Award for Excellent Mentoring, given by the Graduate School at Duke University.

Cosponsored by Oregon Humanities Center, Center for the Study of Women in Society, Office of the Vice Provost for Equity and Inclusion, Department of Political Science, School of Law Lectures and Awards, Department of History, and Office of Academic Affairs.

The Law, Culture, and Humanities Initiative was created to facilitate, support, and encourage symposia, lectures, scholarship, and faculty discussion on the relationship between law and other humanistic disciplines. It provides opportunities for faculty to integrate humanistic-based studies with the study of law, and to explore the increasingly diverse and rich scholarships in areas that include (but are not limited to) legal history, law and literature, law and anthropology, and law and philosophy.
Posted by Dan Ernst at 10:00 AM