Murder and Women in 19th-Century America: The YLS Exhibit 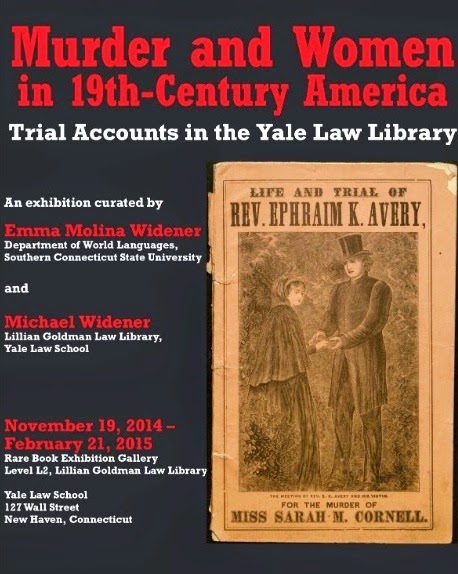 While we’re looking in on rare books at YLS, we might as well note the exhibit, Murder and Women in 19th-Century America: Trial Accounts in the Yale Law Library:


Murder trials have long been a subject of sensational treatment in popular culture, and murder trials involving women, as the accused or the victims, especially so.