Here's something else to consume, along with turkey and tales of Pilgrims and Wampanoags, this Thanksgiving Day.  Just out, in multiple formats, from Quid Pro Books is Land Divided by Law: The Yakama Indian Nation as Environmental History, 1840-1933, by Barbara Leibhardt Wester: 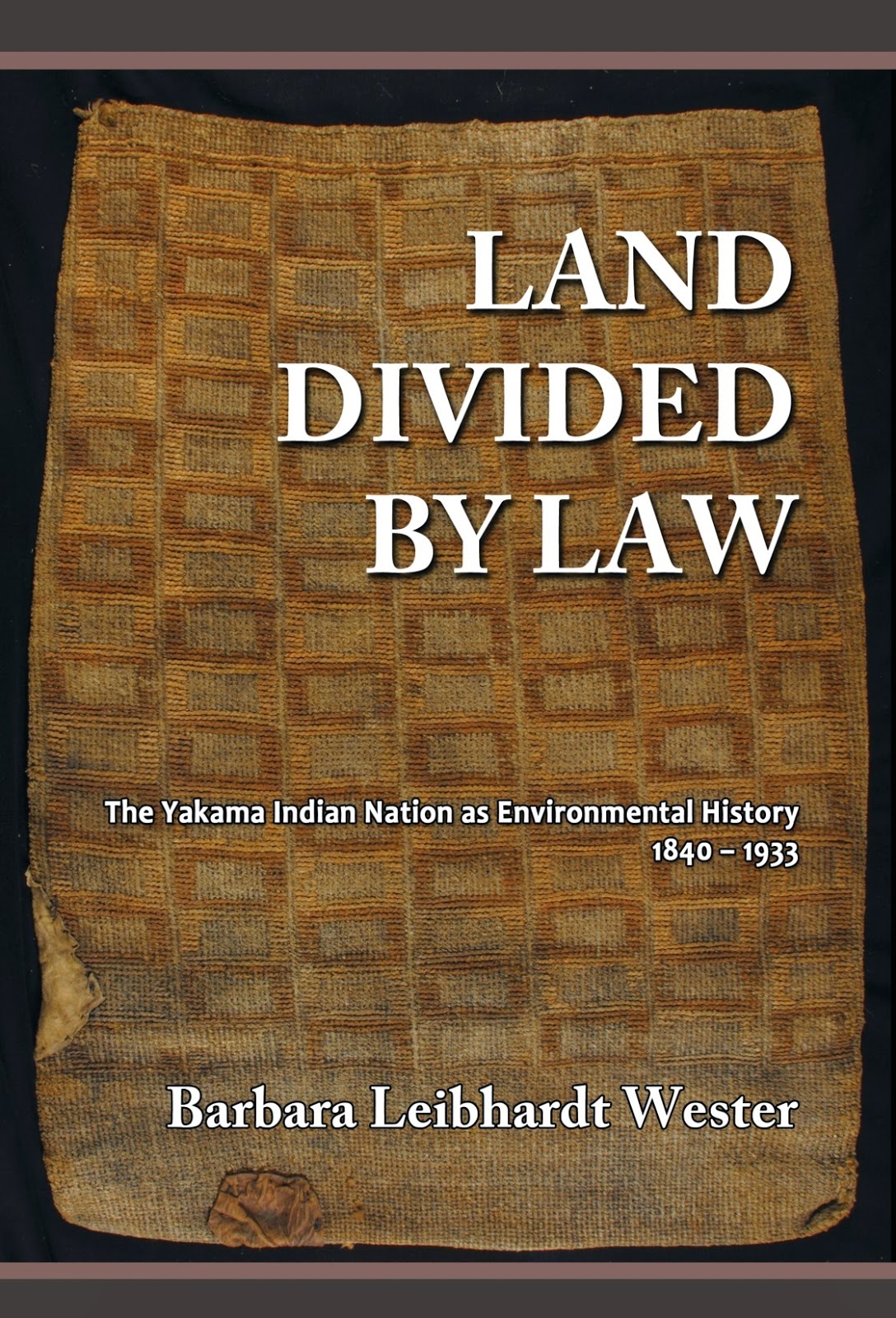 Wester’s environmental history of Yakama and Euro-American cultural interactions during the 19th and early 20th century explores the role of law in both curtailing and promoting rights to subsistence resources within a market economy. Her study, using original source files, case histories, and contemporary writings, particularly describes how the struggle to assert treaty rights both sprang from and impacted the daily lives of the Yakama people.

The study is now widely available in this new paperback (and digital) edition, adding a 2014 foreword by Harry N. Scheiber, professor of law and history at Berkeley. This book, he writes, “is a masterful study of the complex, extended series of confrontations between the native Indian cultures of the Yakima region and the regime of the conquering white nation. Her analysis is based on a blending of materials from rich archival sources and from the literatures of legal history, administrative history, anthropology, ecology, and cultural theory. Most remarkably, the book makes important new contributions to all these fields of scholarship.”

“In her remarkable book Land Divided by Law, Barbara Leibhardt Wester eloquently portrays the Yakama Indians of the Columbia River Basin as actors defending a threatened, living landscape from encroachments by settlers. Using federal officials and the courts to advocate for their rights, they reasserted a spiritual heritage of the earth as body, heart, life, and breath. Anyone interested in Native peoples and their interactions with Euro-Americans will want to read this lively, engaging account.”
— Carolyn Merchant
Professor of Environmental History
University of California, Berkeley

“This is a remarkable work that brims with insight about the inter-relatedness of nature, work, law, and culture. Wester blends expertise in several different academic disciplines with a superb gift for narrative into her analysis of the Yakama people’s defense of their traditional way of life. The book is a testament not only to the skill and resilience of its subjects but also to the power of the author’s empathy and respect for them.”
— Arthur F. McEvoy
Associate Dean for Research, and Paul E. Treusch Professor of Law
Southwestern Law School