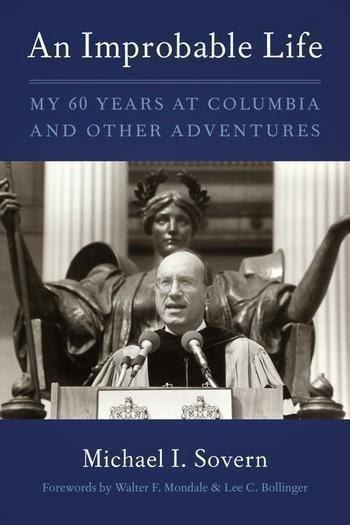 Columbia University began the second half of the twentieth century in decline,bottoming out with the student riots of 1968. Yet by the close of the century, the institution had regained its stature as one of the greatest universities in the world.

According to the New York Times, "If any one person is responsible for Columbia's recovery, it is surely Michael Sovern." In this memoir, Sovern, who served as the university's president from 1980 to 1993, recounts his sixty-year involvement with the institution after growing up in the South Bronx. He addresses key issues in academia, such as affordability, affirmative action, the relative rewards of teaching and research, lifetime tenure, and the role of government funding. Sovern also reports on his many off-campus adventures, including helping the victims of the Tuskegee syphilis experiment, stepping into the chairmanship of Sotheby's, responding to a strike by New York City's firemen, a police riot and threats to shut down the city's transit system, playing a role in the theater world as president of the Shubert Foundation, and chairing the Commission on Integrity in Government.