M. C. Mirow, Florida International University College of Law, has published Latin American Constitutions: The Constitution of Cádiz and its Legacy in Spanish America, with the Cambridge University Press: 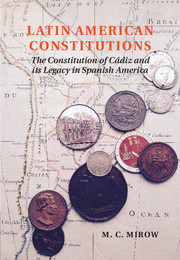 Here is the table of contents: