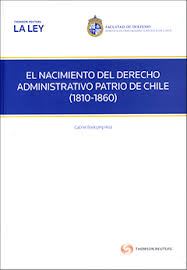 It is often thought that the origins of Administrative Law in Chile are recent and that its development was mainly shaped by foreign models. The reality, however, is quite different. From the First National Meeting of the Government of Chile (1810) through the widespread application of the Chilean Civil Code (ca. 1860), through war, political disturbance and constitutional instability, an administrative order flourished in this country. Although it had deep roots in Spanish colonial law, it developed in a Republican context alongside the other institutional innovations of the time.

Essential aspects of Chile’s current Rule of Law originated in this often overlooked period.  These include constitutional supremacy, the responsibility of the State, public property, the legality of administrative unilateral acts and administrative contracts, judicial review, the promotion of public service, and the fundamental lines of its administrative organization.