Hustwit on "Alexander v. Holmes and the End of Jim Crow Education"

We missed this one when it came out in February and are noting it now, thanks to a recent New Books in Law interview with the author: Integration Now: Alexander v. Holmes and the End of Jim Crow Education (University of North Carolina Press, 2019), by William P. Hustwit (Birmingham-Southern College). A description from the Press: 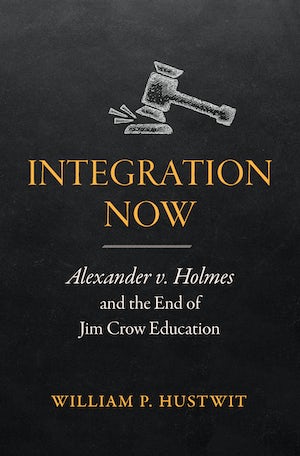 Recovering the history of an often-ignored landmark Supreme Court case, William P. Hustwit assesses the significant role that Alexander v. Holmes (1969) played in integrating the South’s public schools. Although Brown v. Board of Education has rightly received the lion’s share of historical analysis, its ambiguous language for implementation led to more than a decade of delays and resistance by local and state governments. Alexander v. Holmes required “integration now,” and less than a year later, thousands of children were attending integrated schools.

Hustwit traces the progression of the Alexander case to show how grassroots activists in Mississippi operated hand in glove with lawyers and judges involved in the litigation. By combining a narrative of the larger legal battle surrounding the case and the story of the local activists who pressed for change, Hustwit offers an innovative, well-researched account of a definitive legal decision that reaches from the cotton fields of Holmes County to the chambers of the Supreme Court in Washington.


"Analytically refreshing and richly sourced, Integration Now offers a thorough history of the struggle for equal rights in Holmes County--the site of the most successful movement for civil rights in all of Mississippi. A first-rate piece of work and hard to put down."--Alan Draper


"Hustwit’s account is deeply researched and very moving, providing a nuanced look at how and why different black communities in Mississippi either did--or did not--find the resources to resist Jim Crow segregation."--John Charles Boger