Continuing our series of posts on the honors and awards announced at the recent meeting of the American Society for Legal History, this post celebrates Martha S. Jones (Johns Hopkins University) and her book Birthright Citizens: A History of Race and Rights in Antebellum America (Cambridge University Press, 2018), which won the John Philip Reid Book Award ("for the best monograph by a mid-career or senior scholar, published in English in any of the fields defined broadly as Anglo-American legal history").
The citation from the prize committee: 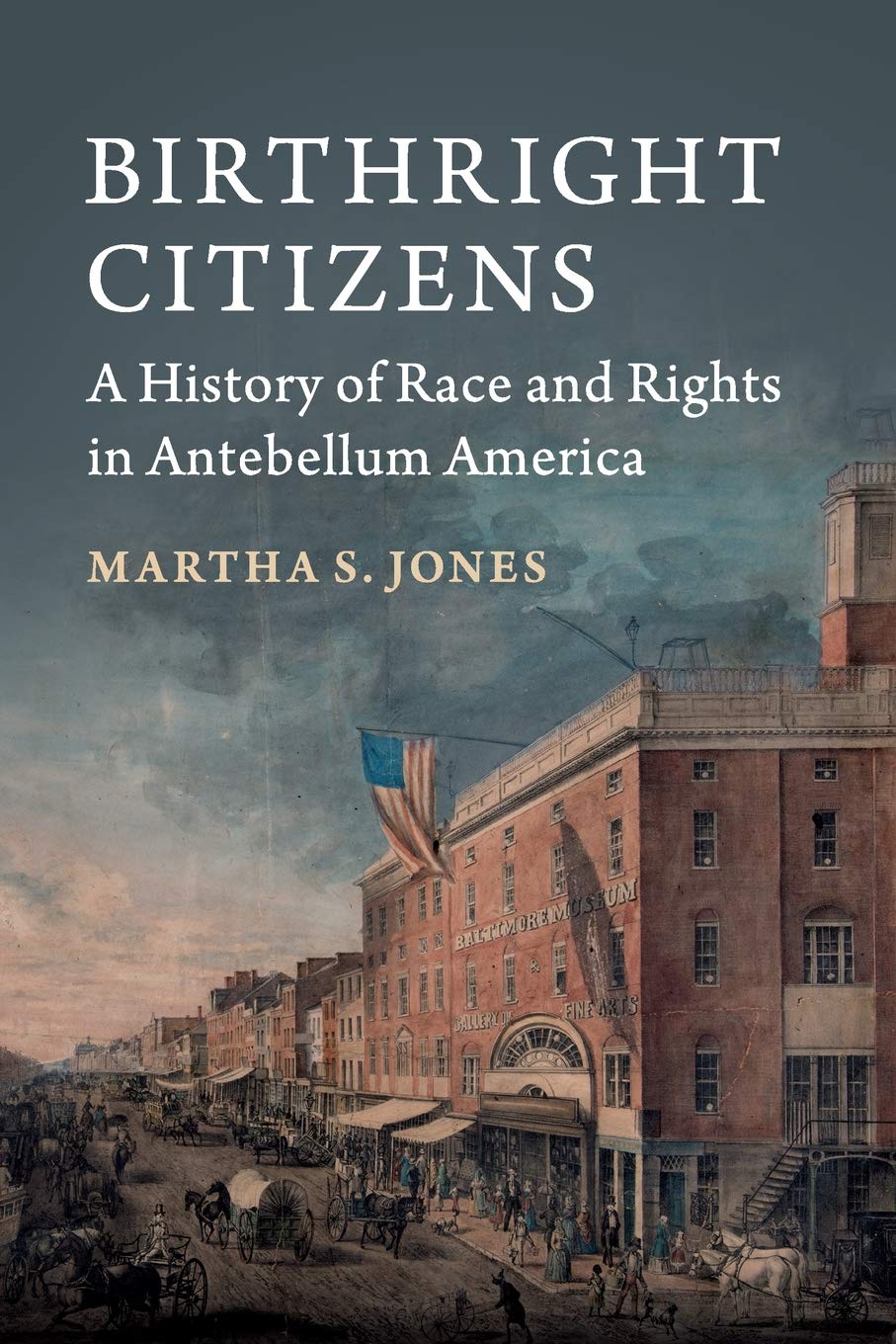 Deeply researched, beautifully crafted, and elegantly written, Birthright Citizens: A History of Race and Rights in Antebellum America upends traditional narratives of the development of citizenship.  Martha Jones shows how African Americans used legal and political strategies to claim rights, connect them to citizenship, and solidify their status as Americans.  The book is an exemplary recovery of bottom-up constitutional advocacy pursued not only through litigation and social movements, but also through the aspirations and practices of ordinary people.  As Jones reminds us, the law of the United States has been shaped as much by its people as its legal professionals and elected officials.

The members of this year's Reid Book Award Committee were Laura Edwards (Chair) (Duke University); Christian McMillen (University of Virginia); Deborah Rosen (Lafayette College); Richard Ross (University of Illinois, Urbana-Champaign). We thank them for their service and offer our congratulations to Martha Jones!