New from Harvard University Press: Battling Bella: The Protest Politics of Bella Abzug, by Leandra Ruth Zarnow (University of Houston). A description from the Press: 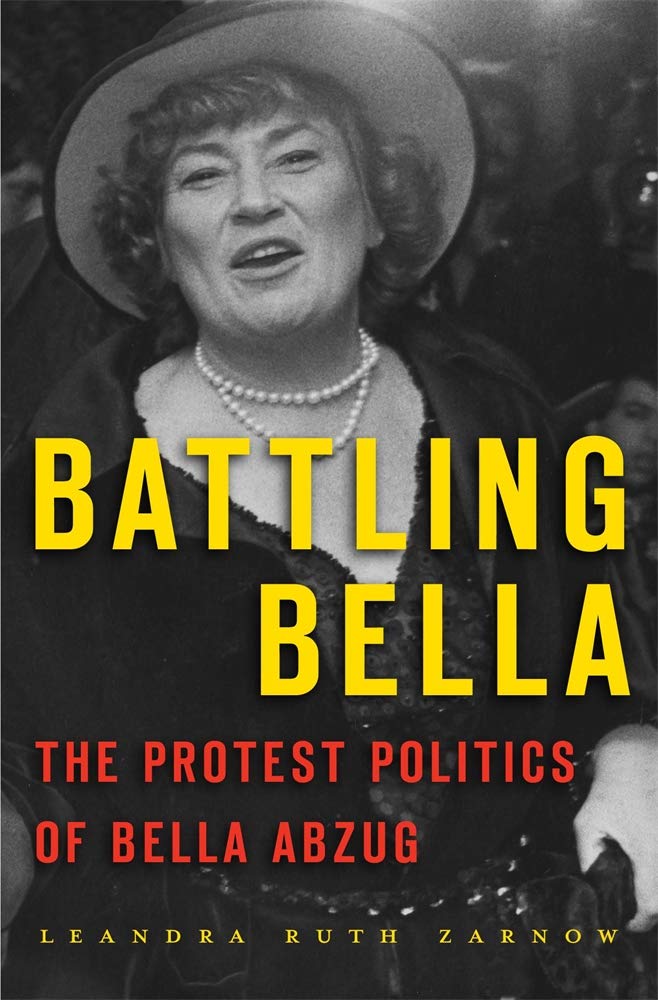 Bella Abzug’s promotion of women’s and gay rights, universal childcare, green energy, and more provoked not only fierce opposition from Republicans but a split within her own party. The story of this notorious, galvanizing force in the Democrats’ “New Politics” insurgency is a biography for our times.

Before Alexandria Ocasio-Cortez, Elizabeth Warren, or Hillary Clinton, there was New York’s Bella Abzug. With a fiery rhetorical style forged in the 1960s antiwar movement, Abzug vigorously promoted gender parity, economic justice, and the need to “bring Congress back to the people.”

The 1970 congressional election season saw Abzug, in her trademark broad-brimmed hats, campaigning on the slogan “This Woman’s Place Is in the House—the House of Representatives.” Having won her seat, she advanced the feminist agenda in ways big and small, from gaining full access for congresswomen to the House swimming pool to cofounding the National Women’s Political Caucus to putting the title “Ms.” into the political lexicon. Beyond women’s rights, “Sister Bella” promoted gay rights, privacy rights, and human rights, and pushed legislation relating to urban, environmental, and foreign affairs.

Her stint in Congress lasted just six years—it ended when she decided to seek the Democrats’ 1976 New York senate nomination, a race she lost to Daniel Patrick Moynihan by less than 1 percent. Their primary contest, while gendered, was also an ideological struggle for the heart of the Democratic Party. Abzug’s protest politics had helped for a time to shift the center of politics to the left, but her progressive positions also fueled a backlash from conservatives who thought change was going too far.


“This riveting biography could not be more timely. Bella Abzug’s career provides a crucial link in the histories of radicalism, feminism, and electoral politics from the 1930s to the 1990s. Through deep research, thorough historical grounding, and a lively writing style, Zarnow has produced a compelling account of a powerful female politician who fought for peace, racial justice, and gender equality.”—Estelle B. Freedman

“Bella Abzug speaks to our times from this well-wrought biography by historian Leandra Zarnow. Abzug knew progressive change is a not a sprint but a lifetime struggle in which racial and gender equity, economic justice, and peace belong together. From the hard times of the red scare to the glory days of left liberalism in the 1960s and ’70s and right through the reaction that followed, she marshaled grassroots energy to embolden her liberal colleagues with her signature flair, modeling the kind of courage we so need now.”—Nancy MacLean