Commonplace Books of Law: A Selection of Law-Related Notebooks from the Seventeenth Century to the Mid-Twentieth Century, ed. Paul Pruitt, Univ. of Alabama and David Durham, Univ. of Alabama, has been published by the 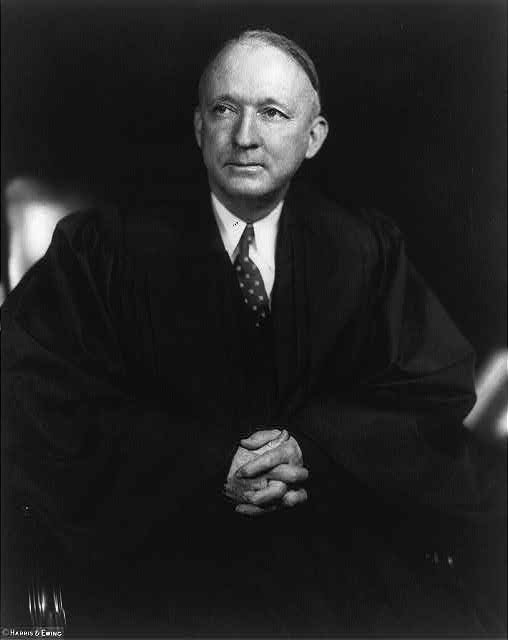 University of Alabama Law School and posted, in full, on the web. Tony Allan Freyer and Timothy W. Dixon also contributed to this project. The publication includes a Notebook belonging to U.S. Supreme Court Justice Hugo Black, with his marginal notes. According to the editors, the Black Notebook

chiefly consist of excerpts from court reports, the Congressional Record, and other official sources. Internal evidence shows that these materials were compiled to support opinions Black was writing or considering in 1939 and 1940, just a few years into his notable career on the United States Supreme Court....

If for no other reason, the Black Notebook is valuable because it suggests how Black adapted to the new role of Justice. It also provides insight into the institutional workings—certainly the work habits—of the Court.

Here's the abstract:
Commonplace Books of Law: A Selection of Law-Related Notebooks from the Seventeenth Century to the Mid-Twentieth Century is number five in the Bounds Law Library's series of Occasional Publications. Based on works held in the library's Special Collections, this book begins with an introduction by Paul Pruitt that traces the history of legal notebooks and comments on the significance of note taking in legal education and practice. Then Pruitt and coauthor David Durham (with contributions by Tony Allan Freyer and Timothy W. Dixon) provide edited transcripts of handwritten or typed materials from a range of historical periods¿including a commonplace book from the Restoration-era Inns of Court, the ledger of a lawyer-merchant from early national New York, a volume of notes from the Litchfield Law School, a Reconstruction-era diary, practice notes by late nineteenth and early twentieth-century lawyers, and finally, a sourcebook compiled for Justice Hugo L. Black, with his marginal notes. Commonplace Books of Law displays the richness and diversity of holdings in the Bounds Law Library's Special Collections. In addition it represents a significant collaboration among Bounds librarians, the University of Alabama School of Law faculty, and scholars from other institutions who generously provided advice and counsel.
Posted by Mary L. Dudziak at 7:49 AM