The Art of the Bookstore Talk 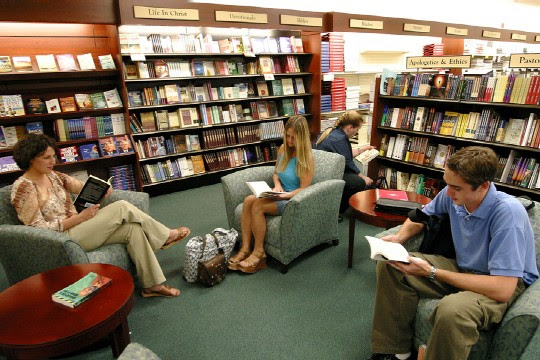 Have you ever seen a book or paper presentation and thought, 'I could never do that'? I had one of those moments as I watched a legal historian friend talk about her recently published book to an audience at a local bookstore.

For her prepared remarks, she described how she came to the topic; she then used anecdotes from one of the chapters to illustrate the book's themes. It was a coherent and engaging presentation of a complicated project. What really left me in awe, though, was her acrobatic performance in the Q&A session, which was like a mix of guerrilla warfare and sketch comedy.

One attendee, for example, urged her to say more about a specific piece of data. He wanted the minutiae. The very next questioner took the conversation in the opposite direction and asked her a variant of the "objectivity question": How could she purport to take a neutral stance on the very controversial issues in her book, and wasn't it her duty, as an educator, to provide moral and ethical guidance to her readers? (Unsatisfied with her answer, he posed the same challenge twice more.) A third questioner was determined to pull her out of the several decades the book covered and back to "the beginning of time," or at least "ancient Egypt." Several audience members pressed her to predict the future (causing the other historians in the audience to squirm). She responded, I thought, with grace and conviction: she took each question seriously; she did not allow the Q&A to become a debate; and when she refused to go down a particular path, she explained why.

I imagine this is more of an art than a science, but I wondered whether you all had useful tips for this type of talk. Do you engage questions that you consider far outside the scope of your project? Do you opine on current events? When you give a talk to non-academic audiences, how do you understand your role?

image credit
Posted by Karen Tani at 5:00 AM