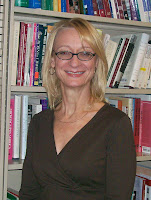 I teach a general education course in U. S. constitutional history to undergraduates, the majority of whom are not history majors and, in fact, do not have much knowledge of—nor do they have a particular interest in—either women's or gender history. The occasional student is actively hostile to both. But Roe v. Wade (410 U. S. 113, 1973) is a case that virtually all students recognize, even if they do not know exactly what it is that the Supreme Court actually said. Not infrequently, they view Roe either as a case about a narrowly (and often imprecisely) defined "feminist" issue that does not concern them directly or, alternatively, as a ruling that concerns them only in the abstract sense that they might one remote day be faced with a personal decision about whether or not to carry a pregnancy to term. Students do not often begin my courses regarding reproductive rights as having the same fundamental significance in U. S. constitutional history as, say, freedom of speech or the free exercise of religion, and in this sense they are no different than large segments of the American public. What is more, today's traditional students are coming of political age at a time when sound-bite-as-discourse has impoverished our political vocabulary, with the unfortunate consequence of reducing the complexity of the key constitutional issues underlying Roe to the trope of "making a choice," something akin to consumers' freedom to choose among brands of toothpaste at Walgreen's drug store. My response has been to reposition Roe in my teaching as a case that dealt with principles that are integrally imbedded within American history rather than marginal to it.

Update: Access to the article was ungated when I posted, but that no longer seems to be the case. I'm leaving the post up anyway.
Posted by Dan Ernst at 2:57 AM