A Passion for Justice is Charles A. Reich’s remembrance of his clerkship with Justice Hugo Black during the 1953 Term of the U.S. Supreme Court. It is just out in Volume 26 of the Touro Law Review, illustrated with Reich's own photographs. Reich writes: 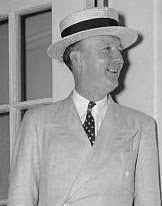 I have previously written about Justice Black, but always with a sense of constraint imposed by the confidentiality of a law clerk’s position. But now that more than fifty years have passed, and now that the Court is a constant subject of political debate that is frequently based on misconceptions, I feel that the claims of history and the study of law have become paramount. For historians, the story of how the new Chief Justice began as a “law and order” judge but by the end of the 1953 Term had been transformed, with the crucial intervention of Justice Black, into the “liberal” judge of the “Warren Court,” needs to be recorded while there is still a witness able to do so. For aspiring legal academics, a close-up of one Justice’s thought processes and tactics should prove valuable. For law students I would like to provide a picture of one individual who truly loved the law. For all of the above and for the public as well, there is the ultimate test of what makes a good judge: a passion for justice.

More.
Image credit.
Thanks and a hat tip to John Q. Barrett
Posted by Dan Ernst at 1:12 PM