Senator Grassley, Professor Frankfurter and the Revolving Door at the SEC

I do not usually associate Senator Charles Grassley, from my native state of Iowa, with Supreme Court Justice Felix Frankfurter, but it happens that they have something in common: a mistrust of the revolving door at the Securities and Exchange Commission. Last month Senator Grassley filed an amendment to the financial regulation bill that would require former employees to wait two years before representing clients before their old agency. This week he exchanged letters with the SEC’s Inspector General about a recent door revolver. Seventy-five years ago, Justice Frankfurter expressed similar concerns. 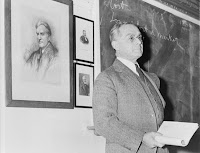 Frankfurter was present not just at but before the creation of the SEC. In 1933, when Sam Rayburn became convinced that the Roosevelt administration’s initial proposal for regulating securities markets was unworkable, he turned to Raymond Moley, one of FDR’s Brain Trusters, for help in drafting an alternative. Moley turned to Frankfurter, at the time a Harvard law professor, and Frankfurter assembled three of his students and proteges--Thomas G. Corcoran, Benjamin V. Cohen, and James Landis--to write what became the Securities Act of 1933. The following year Corcoran, Cohen, and Landis drafted legislation creating the SEC. Landis became one of its first commissioners, and in 1935 he succeeded Joseph P. Kennedy as chairman.

In December 1935, Frankfurter received a form letter from the SEC asking for information about a lawyer who sought to practice before the commission. The professor was moved to ask Landis whether the SEC had any rule comparable to that of the U.S. Supreme Court, which prohibited “practice before it by those who had recently been in its confidential employment.”


For you, [Frankfurter continued,] I don’t have to spell out the considerations that are involved. But it does seem to me the Supreme Court principle (which has now been adopted by the Communications Commission . . . ) is more applicable to former officials practicing before your Commission than to any other body that I know anything about. Not only the ways of doing business, and all that, but actual knowledge of confidential facts ought not to be available by those who had been officially entrusted with them, until a reasonable time has elapsed to immunize their use, as far as may be, for private purposes. Of course, I know there is no way of avoiding use of such inside knowledge as to facts and psychology and procedure by private interests through the employment of former officials of the Commission. But the evil should be minimized as much as possible. It can partly be done by your rules. For all I know, you probably have done so.

Frankfurter was correct about the Federal Communications Commission. At the confirmation its commissioners in early 1935, Senator Burton Wheeler denounced the revolving door as a cause of the scandals that plagued its predecessor agency. “Almost every time anybody ceased to occupy a position on or with the Federal Radio Commission he immediately turned up as the representative of the broadcasting companies,” the Montana Democrat complained. “It is an extremely bad practice, to say the least, for a man to step out of the Federal Radio Commission and then go before it and appear for private clients.” Chastened, the commissioners promptly adopted a regulation that prohibited any officer or employee from appearing “in any matter or controversy” for two years after leaving the FCC.

The SEC did have a rule limiting appearances by its former lawyers, but it was merely transactional, not the FCC’s complete ban. That is, a former member of the SEC’s staff could not appear in any matter pending while he worked at the SEC if he had acquired through his job “such familiarity as to be prejudicial to the proper conduct of the case”; otherwise, the lawyer was free to take clients as soon as he left the commission. 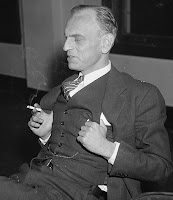 A harried Landis replied that he had no response other than “a very practical one, and that is our need for employees. We are in a different position than Communications,” he protested, “and when I look over some of their lawyers I shudder.”

Seeing that Landis had no time to “argue the question,” Frankfurter replied that he "ought also to be still.” But still, it seems, was something Frankfurter could never be. First, he denied that the FCC’s two-year ban accounted for the quality of its legal staff. Its “bad lawyers certainly preceded their rule,” he reminded the SEC chairman. (The FCC would rescind its ban in 1938.) Second, he demanded of Landis, “Do you really believe you could not get the kind of lawyers you ought to have if they were debarred from practising two years after they left your Commission”? He posed the example of Robert Page, whom he had chosen to clerk for Justice Brandeis and who was then serving as the SEC’s regional administrator for New York City:


Much as I love Bob Page, I would deem it highly indecent were he to capitalize on the opportunities the Government gave him by using his charming personal relations and his inside knowledge . . . promptly after going into practice. If that is the cost of having men like him work for the Commission, the gain isn’t worth the cost. It has only confirmed my conviction that the deepest source of infection of our ethical standards is our own profession.

By placing Landis and other proteges in the New Deal, Frankfurter believed he was “building up . . . the equivalent of the British Civil Service,” an enterprise “second in importance to nothing affecting the public life of our nation.” He was convinced that government lawyering could become as prestigious as any branch of the American legal profession and that the SEC could always find first-rate lawyers who refused to “go into the service of interests that will capitalize for private ends the experience and influence gained from public service.” Landis, about to justify his lawyers’ salaries to congressional appropriators for the first time, had his doubts.

Surely Landis was right in thinking that government lawyers were no more selfless as a class than anyone else, but, as Frankfurter might add, that does not mean they were more selfish, either. Like other professionals, their self regard turned in part on the esteem of their peers, but, unlike private practitioners, it also suffered from the slights that Americans too often direct toward government as a whole. The vilification of the public sector is at least as great a threat as the lure of the private sector to the quality of government lawyering.
Posted by Dan Ernst at 1:34 AM