New books on the Confederacy, the Moynihan Report, civil rights and more

"The sesquicentennial of the Civil War now looms on the horizon, promising its own deluge of books of every size, shape and description" Eric Foner writes at The Nation. "We will be fortu 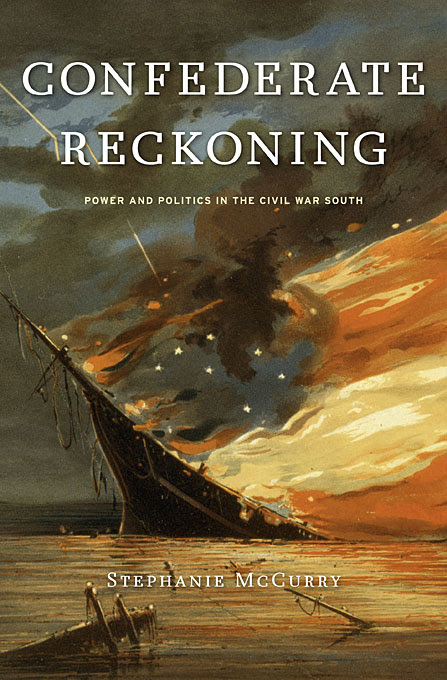 nate indeed if in sheer originality and insight they measure up to Confederate Reckoning and The Long Shadow of the Civil War, new works by Stephanie McCurry and Victoria Bynum, respectively, on the Confederate experience." According to Foner:

McCurry and Bynum are less interested in why the South lost-although their books shed light on this question-than in the social and political consequences of how it conducted the war. Taken together, they show how the effort to create a slaveholders' republic sundered Southern society and changed the contours of Southern politics. The subtitle of McCurry's book-"Power and Politics in the Civil War South"-is surely meant to be ironic. Most readers will no doubt expect another study of Jefferson Davis's administration or the battle between advocates of states' rights and central control. But McCurry challenges us to expand our definition of politics to encompass not simply gover

nment but the entire public sphere. The struggle for Southern independence, she shows, opened the door for the mobilization of two groups previously outside the political nation-white women of the nonslaveholding class and slaves.

THE EYES OF WILLIE MCGEE: A Tragedy of Race, Sex, and Secrets in the Jim Crow South by Alex Heard is taken up in the Washington Post by Michael Kazin. The book is compared with To Kill a Mockingbird, but Kazin writes: "Alex Heard, a veteran journalist who grew up in Mississippi, uncovers a story that is a good deal more intriguing, if less dramatic, than Harper Lee's iconic Southern novel. The McGee case was fought out on a global terrain.” One of McGee’s lawyers was Bella Abzug.

s before she became a politician famous for big hats and robust feminism, Abzug worked for the Civil Rights Congress, a small but aggressive group with close ties to the Communist Party. The CRC, with aid from the Soviet bloc, whipped up an international outcry against McGee's execution. Diego Rivera, Frida Kahlo and Dmitri Shostakovich dispatched cables of outrage, and a band of protesters chained themselves to one of the columns at the Lincoln Memorial.

At the same time, the CRC connection enabled the authorities to charge that McGee's defense was a prime example of subversive meddling by "the Reds."

FREEDOM IS NOT ENOUGH: The Moynihan Report and America's Struggle Over Black Family Life -- from LBJ to Obama by James T. Patterson is reviewed in the Washington Post by Kevin Boyle. Boyle writes:

Shortly after the cataclysmic Watts riot in the summer of 1965, word spread around Washington that the Johnson administration had in its hands a secret report on the state of Black America. It had been written, said the rumors, by a little-k

nown official in the Department of Labor: Daniel Patrick Moynihan. And it was "a political atom bomb," according to columnists Rowland Evans and Robert Novak, "which strips away usual equivocations and exposes the ugly truth about the big-city Negros' plight." What followed, as Brown University historian James T. Patterson makes clear in this fine-grained study, was one of the great tragedies of postwar policy making.

Moynihan thought that federal civil rights efforts needed to turn to economic injustice. Before doing so,

the federal government had to confront what Moynihan believed to be the great plague sweeping through black ghettos: the disintegration of traditional family life. Much of the report was devoted to presenting the grim evidence of that disintegration....

The story of the Moynihan Report's demise has been told a number of times before. Patterson's key contribution is to show how the controversy that Moynihan triggered continued to warp public discussion of the concerns he raised long after the report itself had been filed away.

Also reviewed this week: NINE LIVES: In Search of the Sacred in Modern India by William Dalrymple in the New York Times.
Posted by Mary L. Dudziak at 9:56 AM