"A Profusion of Lives": This Week in the Book Pages

In the book pages of the New York Times, you'll find a review of The World America Made (Alfred A. Knopf), by neoconservative historian Robert Kagan. Although the book suffers from "fuzzy generalizations, debatable assertions and self-important declarations of the obvious," writes reviewer Michiko Kakutani, it "does make a strong case for the notion that 'the most important features of today’s world — the great spread of democracy, the prosperity, the prolonged great-power peace — have depended directly and indirectly on power and influence exercised by the United States.'" 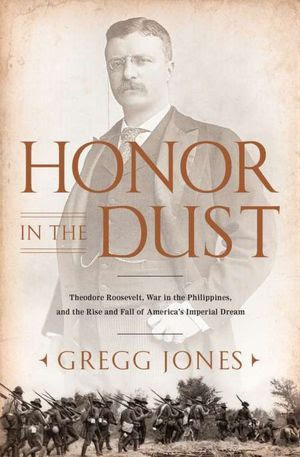 Also reviewed: Honor in the Dust: Theodore Roosevelt, War in the Philippines, and the Rise and Fall of America’s Imperial Dream (New American Library), by Gregg Jones (here), and The Obamas (Little, Brown & Company), by Jodi Kantor (here).

Writing for the New Republic: The Book, Todd Gitlin reviews Troublemaker: A Memoir from the Front Lines of the Sixties (Doubleday Books), by Bill Zimmerman. "At a time when journalists persist in judging the Occupy movement by its easily visible signs and accomplishments of the past hundred days," Gitlin writes, "Troublemaker is a useful reminder of how much of a social movement takes place in a profusion of lives, under the surface, among the infamous."

Subscribers to the Chronicle of Higher Ed may learn about a Roman emperor who, after death, "suffered damnatio memoriae, an erasure from inscriptions and papyri," but now has been restored to history. Nina C. Ayoub reviews The Crimes of Elagabalus: The Life and Legacy of Rome's Decadent Boy Emperor (Harvard University Press), by Martijn Icks (here)


In the book pages of the Los Angeles Times, you'll find coverage of Carl Van Vechten & the Harlem Renaissance: A Portrait in Black & White (Yale University Press), by Emily Bernard. Here's a taste of the review, by Lynell George:


The line separating passion and obsession is porous. One step over that boundary, the territory becomes fraught — rutted with suspicion, quiet judgment if not outright accusation. This was the territory Carl Van Vechten — critic, novelist, photographer and, most famously, patron of the Harlem Renaissance — traversed with a singular vigor and preoccupation that bordered on fetishism.

Last but not least, a new issue of the London Review of Books is out. It covers new books on empire, autism, reciprocity, and more.
Posted by Karen Tani at 5:00 AM