John H. Langbein, Yale Law School, has posted The Disappearance of Civil Trial in the United States, which will appear in the Fall 2012 issue of the Yale Law Journal.  This is an important paper by a master legal historian.  Here is the abstract: 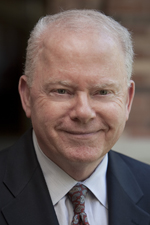 Since the 1930s, the proportion of civil cases concluded at trial has declined from about 20% to below 2% in the federal courts and below 1% in state courts. This Article looks to the history of the civil trial to explain why the trial endured so long and then vanished so rapidly.

For the litigants, a civil procedure system serves two connected functions: investigating the facts and adjudicating the dispute. The better the system investigates and clarifies the facts, the more it promotes settlement and reduces the need to adjudicate. The Anglo-American common law for most of its history paid scant attention to the investigative function. This Article points to the role of the jury system in shaping the procedure and restricting the investigative function. Pleading was the only significant component of pretrial procedure, and the dominant function of pleading was to control the jury by narrowing to a single issue the question that the jury would be asked to decide. This primitive pretrial process left trial as the only occasion at which it was sometimes possible to investigate issues of fact. Over time, the jury-free equity courts developed techniques to enable litigants to obtain testimonial and documentary evidence in advance of adjudication. The fusion of law and equity in the Federal Rules of Civil Procedure of 1938 brought those techniques into the merged procedure, and expanded them notably. The signature reform of the Federal Rules was to shift pretrial procedure from pleading to discovery. A new system of civil procedure emerged, centered on the discovery of documents and the sworn depositions of parties and witnesses. Related innovations, the pretrial conference and summary judgment, reinforced the substitution of discovery for trial. This new procedure system has overcome the information deficit that so afflicted common law procedure, enabling almost all cases to be settled or dismissed without trial. Pretrial procedure has become nontrial procedure by making trial obsolete.