Davies on Pennypacking the Waite Court

Ross E. Davies, George Mason University School of Law, has posted Breakfast with the Justices: Networking in the Nineteenth Century, which appears in the 2014 Green Bag Almanac & Reader 109.  Here is the abstract: 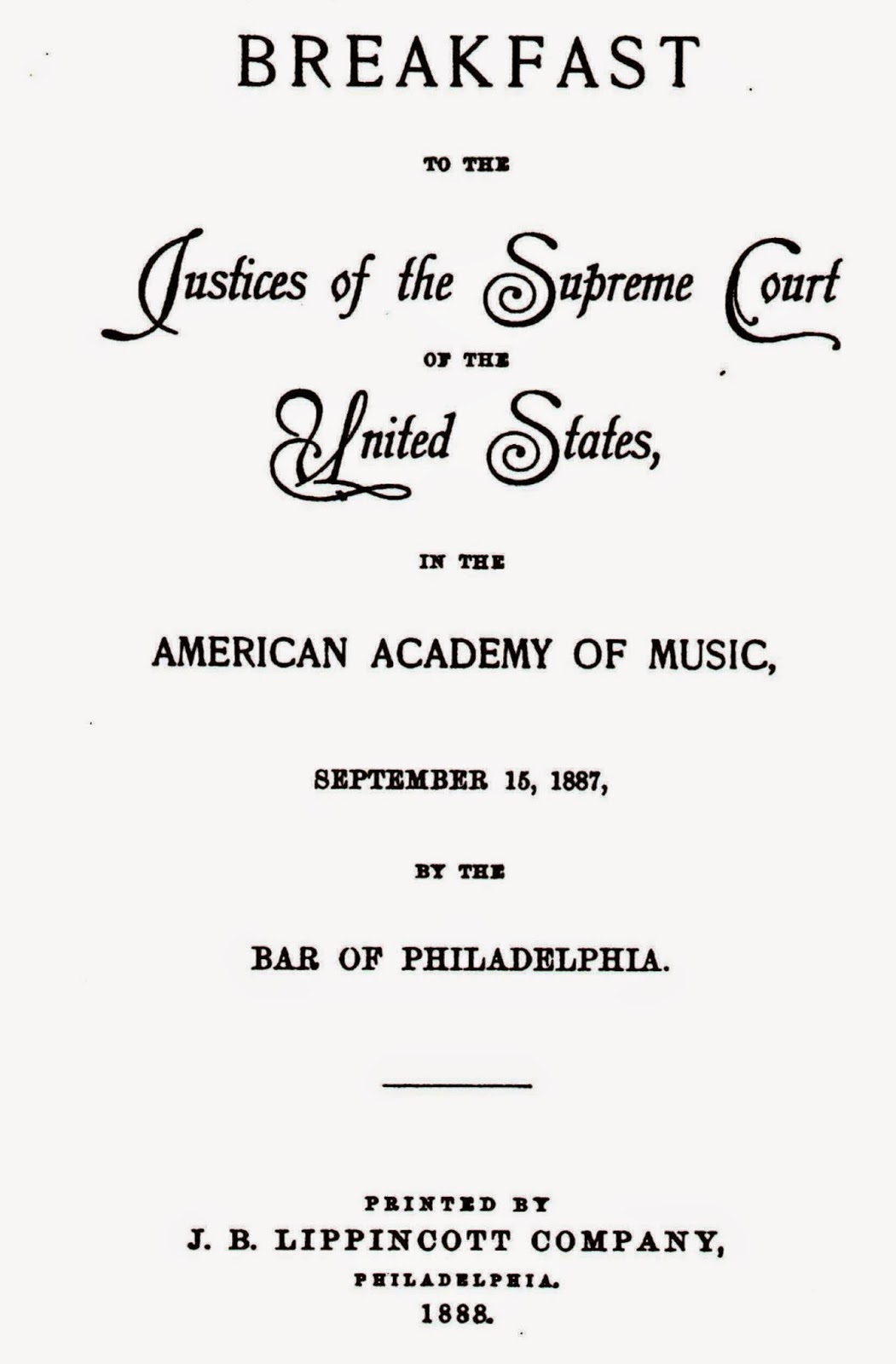 On Thursday, September 15, 1887, the Philadelphia bar hosted a lavish “Breakfast to the Justices of the Supreme Court of the United States” in that city’s American Academy of Music building. It was the first of a series of events — parades, ceremonies, speeches, and so on — celebrating the centennial of the Constitution of the United States. Some, like the “Breakfast to the Justices,” were by invitation only. Others were open to the public and attracted large crowds — the biggest were probably the “Civic and Industrial Procession” on September 15 and the “Memorial Day Ceremonies in Independence Square” on September 17. All those big events, both the private and the public, surely were exciting at the time and merit further study today. But the focus of this little essay is elsewhere — on a pair of small but instructive (and perhaps also amusing) aspects of the inner workings of the “Breakfast to the Justices.”