Bowie at the BC Law School Legal History Roundtable 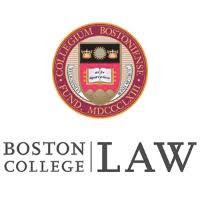 [We have the following announcement.]  The Boston College Law School Legal History Roundtable welcomes Nikolas Bowie, Reginald Lewis Law Teaching Fellow at Harvard Law School on Thursday, October 12.   He will speak on “The Corporate Constitution: The Origins of Written Constitutionalism in the Massachusetts Bay Company”:


A funny thing about the U.S. Constitution is that it's written down. Words might seem like an obvious feature of a constitution, but they're notably missing from much of the constitution of the United Kingdom, the country from which the United States seceded. Historians have often assumed that the quirky U.S. practice of putting constitutions into single documents has its origins in the corporate charters of the seventeenth-century trading companies that founded more than half of the thirteen original states. But, as historian Mary Bilder has written, it is surprisingly difficult to explain the change from corporate charter to modern constitution with precision and persuasive power. This article attempts to do just that, telling the story of an eighty-year lawsuit that forced the Massachusetts Bay Company to treat its charter's terms as Gospel.

The Roundtable meets in the afternoon at 4:30 pm in the Library Conference Room of the Boston College Law School Library. Refreshments are available beginning at 4:15 pm.  More information is here.
Posted by ernst at 5:52 PM