Vanderbilt University Press has released How Failed Attempts to Amend the Constitution Mobilize Political Change (August 2017), by Roger C. Hartley (Catholic University of America). A description from the Press: 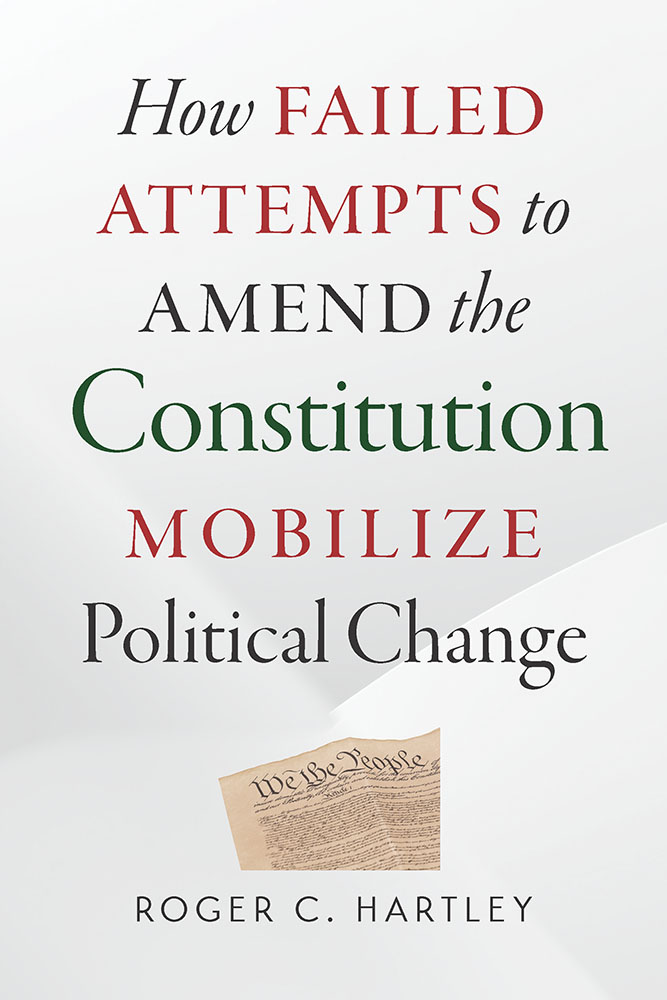 Since the Constitution's ratification, members of Congress, following Article V, have proposed approximately twelve thousand amendments, and states have filed several hundred petitions with Congress for the convening of a constitutional convention. Only twenty-seven amendments have been approved in 225 years. Why do members of Congress continue to introduce amendments at a pace of almost two hundred a year?

This book is a demonstration of how social reformers and politicians have used the amendment process to achieve favorable political results even as their proposed amendments have failed to be adopted. For example, the ERA "failed" in the sense that it was never ratified, but the mobilization to ratify the ERA helped build the feminist movement (and also sparked a countermobilization). Similarly, the Supreme Court's ban on compulsory school prayer led to a barrage of proposed amendments to reverse the Court. They failed to achieve the requisite two-thirds support from Congress, but nevertheless had an impact on the political landscape. The definition of the relationship between Congress and the President in the conduct of foreign policy can also be traced directly to failed efforts to amend the Constitution during the Cold War.

Roger Hartley examines familiar examples like the ERA, balanced budget amendment proposals, and pro-life attempts to overturn Roe v. Wade, but also takes the reader on a three-century tour of lesser-known amendments. He explains how often the mere threat of calling a constitutional convention (at which anything could happen) effected political change.

"Conventional wisdom holds that it's impossible to amend the Constitution. The wisdom is right, as a formal matter. But Roger Hartley's compelling account demonstrates that such efforts, even though they virtually always fall short of a formal amendment, have been critical factors in advancing constitutional rights in less formal ways. An invaluable lesson in how one can win through losing."—David Cole