In the Atlantic, Ira Katznelson reviews Hitler's American Model: The United States and the Making of Nazi Race Law by James Q. Whitman, who argues “that the Nuremberg Laws themselves reflect direct American influence,” but also, according to Katznelson, “implicitly challenges readers to consider when and how, under what conditions and in which domains, the ugly features of racism have come most saliently to the fore in America’s liberal democracy.”

In Lawfare, Michael Neiberg reviews Robert Gerwarth’s The Vanquished: Why the First World War Failed to End. Gerwarth’s history recognizes that the war involved interstate conflicts, civil wars, and political revolutions, reflecting on how the war disturbed the “European system” and enabled postwar extrimism (and rejecting, as Neiberg notes, a “brutalization thesis” that others have adopted).

In the NYRB, Linda Greenhouse reviews Divided We Stand: The Battle Over Women’s Rights and Family Values That Polarized American Politics, in which Marjorie J. Spruill argues that the competition between “family values” and “equal rights” politics--which exemplified by the 1977 National Women’s Conference and a competing Pro-Life, Pro-Family Rally--“led to today’s cultural and political polarization.” The result, Greenhouse argues, is a “invaluable, if at times barely readable, reference book,” laden with quotes from various participants but ignorant of the ways that womens’ pro-family and pro-life activism “was a claim, even if unacknowledged, to equal access to power, to equality in form if not in name.” She references Robert Self’s All in the Family: The Realignment of American Democracy Since the 1960s and Jane J. Mansbridge’s Why We Lost the ERA (1986).

In the NY Times, Kevin Peraino reviews A Force So Swift: Mao, Truman and the Birth of Modern China, 1949, an “absorbing” chronicle of Mao’s rise to power and the effect it had on American foreign relations.

Dorothy Wolpert reviews Owen Fiss’s group biography of 13 eminent lawyers, judges, and law professors. Or, as Wolpert argues, is Pillars of Justice: Lawyers and the Liberal Tradition more of a memoir? (“Rather than sharing a particular ideology (they don’t), each played a role in Fiss’s life in the law. And what a charmed life it has been!”)

The New Books Network is always a great source of book reviews. Some of this week’s choices may be of interest to legal historians (admittedly, the first two are histories of the ’90s and you have VH1 for that): Astrid Noren-Nilsson on Cambodia’s Second Kingdom: Nation, Imagination, and Democracy Bryant Simon on The Hamlet Fire: A Tragic Story of Cheap Food, Cheap Government, and Cheap Lives; Steve Sheinkin on The Port Chicago 50: Disaster, Mutiny, and the Fight for Civil Rights; Michael Wintroub on The Voyage of Thought: Navigating Knowledge Across the Sixteenth-Century World. 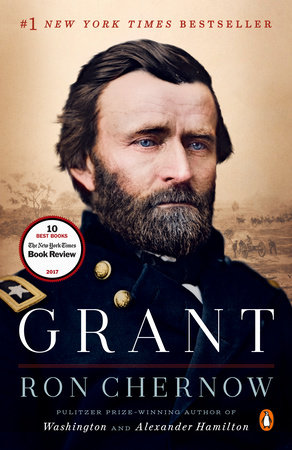 The next Hamilton? In Slate, David Plotz reviews Ron Chernow’s Grant, which emphasizes that the former president was a military genius, a champion of Reconstruction, and “humble, charming, decent man.” (“Ron Chernow is slogging his biographical way through American currency one misunderstood white guy at a time.”). Adam Gopnik reviews the book in the New Yorker, taking an appropriate digression to summarize Grant’s drinking problem. The Economist’s review foresees a resurgence in popularity for the General and President who was “farsighted on race” (you might have to fork over a $50… this one is behind a paywall... and if you take the plunge, the Economist also contains a review of a new history of British society.
Posted by Smita Ghosh at 3:30 AM