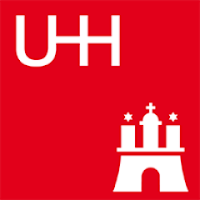 [We have the following call for papers from the Albrecht Mendelssohn Bartholdy Graduate School of Law at the University of Hamburg.]

We would like to invite everybody interested in the study of the history of international law in Latin America to participate in our call and to submit proposals for contributions on any of the listed subtopics (see below).  Please send your application in one single PDF file including     your proposal of around 300 - 500 words and a brief CV (indicating also your institutional affiliation) until December 3, 2017, to matthias.packeiser@uni-hamburg.de

The selection of speakers will be based on the quality of their abstracts and the abstract's suitability to the overall topic of the conference.  Selected candidates will be informed by December 8, 2017.

At the conference, each speaker will be granted 20 mins for his/her presentation. Each presentation will be followed by 10 min-discussions.  Unfortunately, we are not able to cover travel or accommodation costs.

7. Germany and the History of International Law in the Americas
- Karl V, Emperor of the Holy Roman Empire, the conquest of America, and the colonisation of Venezuela, New Granada, and the River Plate
- German colonial companies, El Dorado and colonial accumulation of capital: The Welser Bank in Klein Venedig
- German philosophy, international law, and the colonisation of America: Kant, Hegel, Marx, and Schmitt
- Etc
Posted by Dan Ernst at 12:30 AM