National Book Award to Weiner, Legacy of Ashes: The History of the CIA

ner, Legacy of Ashes: The History of the CIA (Doubleday) is this year's winner of the National Book Award for nonfiction. Interview
Other finalists for this year are:
Edwidge Danticat, Brother, I’m Dying (Alfred A. Knopf) - Interview

Woody Holton, Unruly Americans and the Origins of the Constitution (Hill and Wang/Farrar, Straus and Giroux) - Interview

Arnold Rampersad, Ralph Ellison: A Biography (Alfred A. Knopf) - Interview
Legal historians had a special interest in the awards this year, with Holton's work of U.S. constitutional history on the list. Here's a snippet from his interview: 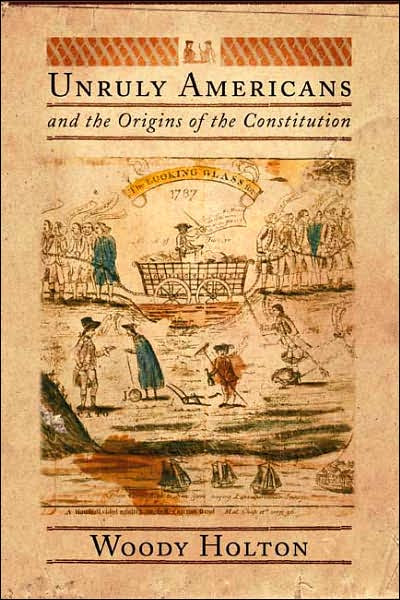 JG: What was the hardest part of your book to write - and why was it so challenging?

WH: Unruly Americans devotes a lot of attention to the people who bought up the government securities that had financed the Revolutionary War. I argue that these bond speculators played a huge, albeit indirect, role in bringing about the adoption of the U.S. Constitution in 1787. Discussing this topic with friends, I quickly discovered that my enthusiasm for it was not infectious. You have to be pretty weird to get excited about government finance.

It occurred to me that I could make the topic a lot more appealing to readers if I could find a compelling story about a single bond speculator; then that one guy could stand in for all the rest. For years I searched in vain for a speculator who left sufficient documentation. Near the end of the writing-almost too late-I found my speculator. It is Abigail Adams. Twenty years before becoming First Lady, in June 1777, Adams discovered this incredibly lucrative investment. And she was still buying bonds in the 1790s, when her husband was vice president.

More from Holton is here.
Posted by Mary L. Dudziak at 8:44 AM