Kohn on Principles and Methods of Obscurantism

Principles and Methods of Obscurantism is an essay by Alexander Kohn, Tel Aviv University. It appeared in New Scientist. While he applies his arguments to science 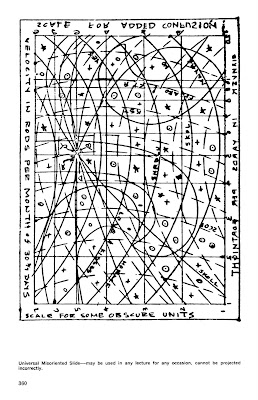 , the analysis is equally applicable in other fields, including law and legal history. Here's a snippet:

Obscurantism in science has often be come a goal in itself. But it is not enough to confuse the reader; one has to know what it is that one intends to confuse the reader about. Because most concepts of science are relatively simple (once one understands them) any ambitious scientist must, in self-defense, prevent his colleagues from discovering that his ideas are simple too. All he has to do is to write for publication obscurely so that no one will really attempt to read them but will be awed by erudition. As somebody once said, "Research suffers from perfervid superexuberance of assertive volubility accompanied by a concomitant irresponsibility of deductive ratiocination."

The author draws an example of obscurantism from British law:

A delightful example of official language is found in the Weights and Measures Act in the UK Board of Trade (1963): "Every letter in any such words, apart from the initial letter of such words, shall be of such size that the smallest rectangle capable of enclosing each letter of every such word shall not be less than 9/16 of the area of the smallest rectangle capable of enclosing the largest letter, apart from initial letters, in any word of more than one letter appearing on any label on that container."

More on this, with rules for writing papers, is here. Hat tip.
Posted by Mary L. Dudziak at 12:01 AM