Now on SSRN: Law, War, and the History of Time

My new paper, Law, War, and the History of Time, is now available on SSRN. It is very much a work-in-progress, and I would appreciate any feedback. Here's the abstract: 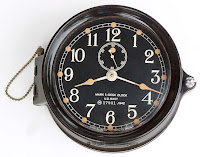 Assumptions about time are an aspect of the basic architecture of our thinking about law and war. Time is thought to be linear and episodic, moving from one kind of time (peacetime) to another kind of time (wartime) in sequence. Law is affected by what time it is, with a pendulum swinging from greater government power and lesser rights during wartime, to the opposite in peacetime. Drawing upon works on the history of time, this paper argues that our conception of "wartime" is culturally constructed and historically contingent. This understanding of war and time is also in tension with the practice of war in 20th century U.S. history.
The paper turns to World War II, which is thought of as a traditional war, with clear temporal limits. But this war is harder to place in time than is generally assumed, as the different legal endings to the war span over a period of seven years. The fuzziness in the war's timing affects scholarship on rights and war, as scholars who believe themselves to be writing about the same wartime are not always studying the same years.
The difficulty in confining World War II in time is an illustration of a broader feature of the twentieth century: wartimes bleed into each other, and it is hard to find peace on the twentieth century American timeline. Meanwhile, as all twentieth century wars occurred outside U.S. borders, a feature of American military strategy has sometimes been to increase the engagement of the American people in a war, and at other times to insulate them. Isolation from war enabled the nation to participate in war without most citizens perceiving themselves to be in a wartime. The essay closes with a discussion of the way anxiety about temporality surfaces in contemporary cases relating to Guantanamo detainees.
The paper is part of a larger project that places war at the center of 20th century U.S. law and politics, rather than viewing war as something that had an episodic impact.
Posted by Mary L. Dudziak at 2:15 PM