When Does the Supreme Court Acknowledge Out-of-Court Developments? 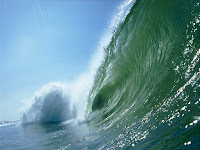 What do Brown v. Board of Education, West Virginia State Board of Education v. Barnette, and Lawrence v. Texas have in common? All three rulings expanded constitutional freedoms by invalidating a state law or local practice. In each instance, the Justices faced the prospect of overruling a much criticized opinion, which they did more or less in vindicating a pro-rights position. Where they diverged dramatically is in the extent to which decision makers proved willing to acknowledge that external events helped alter their jurisprudence.

Imagine a sliding scale measuring the transparency of a jurist's treatment of how cultural change impacts doctrinal content. Lawrence is most open about out-of-court factors causing "serious erosion" of controlling precedent. Justice Kennedy discusses two types of influences: (1) the actual practice of enforcement of anti-sodomy laws, which imposes a "stigma" and "carries with it the other collateral consequences always following a conviction, such as notations on job application forms, to mention but one example"; and (2) "substantial, and continuing criticism, disapproving of [Bowers v. Hardwick's] reasoning in all respects," from academic objections to disapproval by state courts, international courts, and foreign nations.

Barnette comes next, as the published decision, too, contains references to academic objections to Gobitis and the collateral legal consequences faced by the Jehovah's Witnesses. But the Court was originally poised to go further. Early drafts repeatedly referenced the "responsible statements of the Department of Justice," "psycopathic patriotism" unleashed by Gobitis, the drawbacks of the "flag salute movement," and the Nazi persecution of Jehovah's Witnesses abroad. Jackson eventually acceded to the concerns of his law clerk and Harlan Fiske Stone that these statements were unseemly or violated the canons governing judicial craft. Instead, Jackson gutted Gobitis largely by disagreeing with its reasoning point by point.

On this scale, Brown, perhaps the decision in which the average citizen most expects to find a resounding recitation of the degradation inflicted by the law, proves least willing to confront the social world directly. The only changed circumstance discussed at any length is not altered moral views on segregation or systemic harms exacerbated by the courts, but rather the evolving importance of public education. That social fact is cited to avoid a strong originalist methodology as well as to distinguish Plessy v. Ferguson but not overrule it outright. Even before the Justices could agree to end racial segregation in schools, they were united against inflaming the people's passions unnecessarily.

This raises questions that the study of history can help answer. First, under what circumstances do judges feel free, or even under some pressure, to acknowledge out-of-court developments? On this view, the Supreme Court may have felt most confident that it was jumping on the bandwagon in Lawrence, but was most reticent in Brown. But were the Justices responding to elites or broader attitudes? To what extent did it matter that they were dealing with race, religion, or sexual orientation?

Second, how much of the difference in presentation is due to changing norms of judicial writing? According to this way of thinking, the legal process school still constrained how legal outcomes were explained in the mid-twentieth century but by 2003 we had not only all become realists, many of us had become social scientists as well. Do changes in presentation reflect a relaxed orientation on the part of jurists or an accommodation of what consumers of judicial opinions expect?

Third, the Supreme Court's portrayal of its own work may reveal competing, equally plausible models of representative democracy. Brown contemplates judicial participation in constitutional lawmaking, but arguably treats reason as something ideally practiced according to relatively self-contained precepts; denying extrajudicial influences preserves some notion of integrity. Lawrence, and to a lesser extent Barnette, may represent a more unruly approach, in which "public reason" is achieved in a complicated dance involving institutions interacting with broader social forces. If so, such a model may be less pretty or intrinsically coherent, but its virtues may lie in the mediation of historical complexities as forthrightly as possible.