As you may have gathered from previous posts, I'm a great admirer of the legal historian Willard Hurst, to whose early career I've devoted an article and book chapter. It is thrilling, then, to be able to post the University of Wisconsin Law Library's announcement of its on-line J. Willard Hurst Collection: 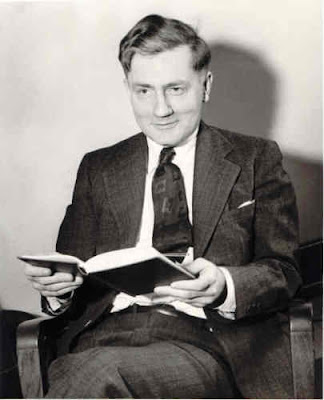 The J. Willard Hurst Collection details the career of the man commonly identified as the father of modern American legal history. The collection primarily spans the years 1932 through Hurst’s death in 1997. The bulk of material dates between 1946 and 1980 when Hurst was a professor at the University of Wisconsin Law School, where he developed the field of American legal economic history through his scholarship and teaching. The collection provides insight into

the evolution of Hurst’s view of legal history and his role in developing a community for legal historians.

Here's a chance to get to know a modern master at first hand. I especially recommend the forty downloadable lectures from the legal history course he taught in 1978. These are informed by his distinction between "law" (organized intelligence) and "markets" (short-sighted pragmatism), which he developed at length in his Curti lectures. Just in time for the new regime of financial regulation!

Update: I've just come across my notes on Hurst's legal history lectures. Here's a taste, from the seventeenth lecture, I believe:

It’s in the nineteenth century, particularly in the last half of it, for example, that you get the common rise of the phrase that you hear a little less of today, but was one of the great shibboleths of late nineteenth century America, the worship given to what was called “the self-made man,” which is certainly one of the most vain characterizations of human nature anybody ever succeeded in inventing, as if any individual could be “self made”--[as] if any individual did not owe an immense heritage for which he hadn’t paid a cent in personal energy or money to the society into which he is born, for its language, its sustaining traditions, its accumulated knowledge, as to how to live and get along. And yet the nineteenth century worshiped something called the "self-made man," and that was simply the cultural counterpart of the tremendous value which nineteenth-century public policy attached to the concept called freedom of contract.