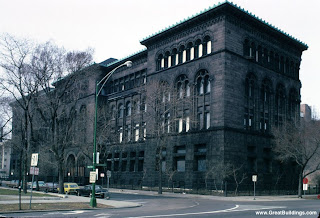 [We first posted this some time ago, and as the conference is fast approaching, we're moving it up.]

Colonialism enhanced legal pluralism. European, African, Asian, and American polities relied on layered and multi-centric systems of law, and their encounters generated new and often repeating patterns of jurisdictional politics. This widespread legal pluralism at times contributed to regional integration by making substantively different legal systems intelligible to travelers and merchants. It also posed challenges to imperial administration as subordinate authorities sought to establish, expand, or protect prerogatives to act independently of metropolitan sovereigns and courts. With recent scholarship establishing clearly the benefits of framing colonial law as jurisdictionally complex and unstable, opportunities are now in sight to push this perspective further in a number of directions.

One interesting set of problems involves questions about how conflicts over the prerogatives of delegated legal authorities to discipline and control subordinate or dependent populations related to the changing contours of imperial constitutions or ideologies of rule. Conference participants may explore the ways in which such figures as garrison commanders, plantation owners, ship captains, Company officials, missionaries, and others with some measure of legal authority positioned themselves in relation to both metropolitan and colonial law. Did they make innovative legal claims or exert influence on regional patterns? We invite investigations of the conditions under which such actors deferred to imperial authority, the sources they drew upon to defend their legal prerogatives, and the nature of their interactions with various courts. Other studies might consider the degree to which the politics of making and defending claims to semi-autonomous legal authority informed broader, even regional, political processes. As we bring such connections into sight, it may be possible to refine comparisons of the politics of legal pluralism in different parts of a colonial regime, or between the Atlantic, Mediterranean, and Indian Ocean worlds.

A related theme focuses on the legal strategies of subordinate groups. Taking into account a framework of legal pluralism, scholars can move beyond the study of “resistance” to ask questions about the legal participation of formally subordinate groups—even some that were seemingly powerless before the law. Forum shopping, petitions for mercy, violence against magistrates, new genres of legal writing, maneuvers to escape indebtedness—these and other strategies had immediate and sometimes far-reaching institutional effects. In addition to tracing such connections, we might probe the formative influences on legal strategies. How did knowledge about law circulate? To what extent did information or stories about of the effectiveness of particular legal strategies carry across social strata, imperial divides, and oceans? How did legal actors imagine and describe plural legal orders? With attention to these and other, related topics, the conference seeks to open the study of legal pluralism to new approaches and insights.