Reynolds on Damrosch on Tocqueville, McWhorter on Patterson on Moynihan, and more in the book pages

TOCQUEVILLE’S DISCOVERY OF AMERICA by Leo Damrosch is reviewed by David S. Reynolds for the New York Times. Damrosch "reveals the man behind the sage," Reynold

that 'Democracy in America' was the outcome of a nine-month tour of the United States that Tocqueville, a temperamental, randy 25-year-old French apprentice magistrate of aristocratic background, took in 1831-32 with his friend Gustave de Beaumont.

The French government commissioned the pair to report on American prisons. But Tocqueville confided that he wanted to examine “all the workings of that vast American society that everyone talks about and no one knows.”

Drawing from Tocqueville’s private writings, Damrosch presents the young traveler as insatiably curious. After landing in Newport, R.I., in May 1831, Tocqueville and Beaumont visited 17 of America’s 24 states and three of its sparsely settled territories. Writing down their impressions of the many Americans they met, including notables like John Quincy Adams and Sam Houston, they accumulated a huge store of information.

Freedom is Not Enough: The Moynihan Report and America's Struggle over Black Family Life--from LBJ to Obama by James T. Patterson is reviewed by James McWhorter i

Patterson’s book chronicles Moynihan’s composition of the report, its reception, and its cultural legacies. It’s an odd work, one part biographical sketch, one part historical chronicle of a crucial moment in America’s race debate, and finally, one part reportage on assorted race-related Issues of the Day since the 1970s. The book is most valuable for the second part, the historical chronicle. The controversy that The Negro Family stirred up was, in many ways, a national tragedy. I have always cringed at the thought of this controversy, and been thankful that I was too young to understand it or participate in it.

The spark for the furore was Moynihan’s claim—from what he thought of as the side of the angels—that black problems in 1965 were not due only to racism. Alarmed by the fact that nearly a quarter of black births were to single parents, and given that studies (bolstered by a great many since) were demonstrating fewer opportunities for such children, he argued that:

At the center of the tangle of pathology is the weakness of the family structure. Once or twice removed, it will be found to be the principal source of most of the aberrant, inadequate, or antisocial behavior that did not establish, but now serves to perpetuate the cycle of poverty and deprivation.

Specifically, Moynihan noted that the social problem, albeit rooted in a legacy of 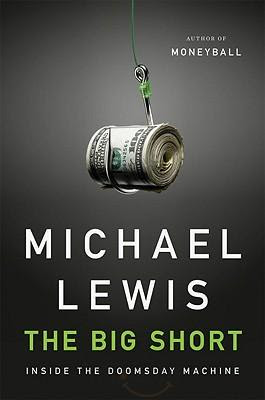 brutal discrimination, was now “feeding on itself” and demanded immediate address.

That this argument was too subtle for many is a stain on an era that was otherwise so unprecedently enlightened.

THE GREAT AMERICAN UNIVERSITY Its Rise To Preeminence, Its Indispensable National Role, Why It Must Be Protected by Jonathan R. Cole is "capacious, candid, and compelling," according to a Boston Globe Review.

THE BIG SHORT by Michael Lewis, and THE END OF WALL STREET by Roger Lowenstein are taken up in the New York Times.

In A Conscious Pariah: On Raul Hilberg, Nathaniel Popper takes up the life of this Holocaust scholar in The Nation.
Posted by Mary L. Dudziak at 9:22 AM