More on Those Time Capsules

In an earlier post, I mentioned the opening of two time capsules (from 1903 and 1958) at the University of Chicago Law School. The Law Library's website on them is now up and running, here, with more links to documents to be added over time. Nine rows down, and three columns over, is a three-page statement by Learned Hand that will interest anyone who regularly teaches his opinion in Universal Camera (as I did yesterday) or knows of his Holmes lectures. The very first item in the exhibit is an arresting image of Ernst Freund:

According to the web exhibit: 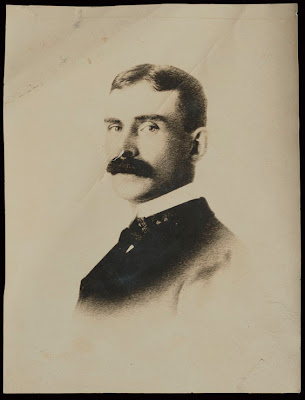 On May 28, 1958, the Law School celebrated the groundbreaking of its new building on 60th Street with a ceremony and the laying of a cornerstone. This new building, designed by famed architect Eero Saarinen, was only the second permanent home of the Law School, which had been in Stuart Hall on the main University quad since 1904.

Inside the cornerstone were laid two copper boxes. The first contained the items present in the cornerstone of the original Law School building. These included photographs of President Theodore Roosevelt and of the Law Faculty of 1902, a copy of the minutes of the first meeting of that faculty, the first catalog of the Law School, and a large variety of University publications.

In the second box was a variety of new items, including statements from several leaders of that time telling people 50 years hence what we should know about 1958. These were received sealed and unread, with the understanding that the cornerstone would be opened on May 28, 2008, and the statements would then be read. The boxes were then, apparently, promptly forgotten.

In early 2009, during the research for an article on the 50th anniversary of the opening of the building, a writer discovered the existence of the boxes in a 1958 issue of the alumni magazine. In August 2009, University stone masons managed, with great effort, to open the cornerstone and remove the two copper boxes.

The boxes were soldered shut. One was labeled "Old 1903" (containing the contents of the 1903 Stuart Hall cornerstone which had been reinterred in 1958) and one was labeled "New 1958" (containing the items newly placed). The 1958 alumni magazine listed the contents, so we knew what we would find inside. We did not know what condition it would be in, and were pleasantly surprised to find everything nearly damage-free. Every item was carefully cataloged and stored and will be added to the University of Chicago Library in the Special Collections department.***

Included in this web exhibit are the letters, photographs, and a few documents from the first year of the Law School that were contained in the 1903 and 1958 time capsules.

Image credit.
Posted by Dan Ernst at 6:40 AM