The United States Studies Program of the Woodrow Wilson International Center for Scholars in cooperation with the Mexican American Legal Defense and Educational Fund and the National Council of La Raza announce a Book Launch for Mendez v. Westminster: School Desegregation and Mexican-American Rights, with author Philippa Strum, Wilson Center Senior Scholar and commentators Cornelia Pillard, Georgetown University Law Center, Delia Pompa, Vice President for Education, National Council of La Raza, and Thomas A. Saenz, President and General Counsel, MALDEF. The launch will be held on Monday, April 19, 2010, from 3:30 to 5:30 p.m., with a reception to follow. It will be held in the 5th Floor Conference Room, Woodrow Wilson Center, 1300 Pennsylvania Avenue N.W., Washington, D.C. This is a free public event, but RSVPs are requested. Please respond with acceptances only to usstudies@wilsoncenter.org.

Here’s the University Press of Kansas’s description of the book: 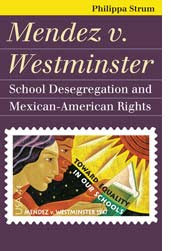 In 1945 Gonzalo and Felícitas Méndez, California farmers, sent their children off to the local school, only to be told that the youngsters would have to attend a separate facility reserved for Mexican Americans. In response the Méndezes and other aggrieved parents from nearby school districts went to federal court to challenge the segregation. Uniquely, they did not claim racial discrimination, since Mexicans were legally considered white, but rather discrimination based on ancestry and supposed “language deficiency” that denied their children their Fourteenth Amendment rights to equal protection under the law.

Strum tells how, thanks to attorney David Marcus’s carefully crafted arguments, federal district court judge Paul McCormick came to support the plaintiffs on the grounds that the social, psychological, and pedagogical costs of segregated education were damaging to Mexican-American children. The school districts claimed that federal courts had no jurisdiction over education, but the Ninth Circuit upheld McCormick’s decision, ruling that the schools’ actions violated California law. The appeal to the Ninth Circuit was supported by amicus briefs from leading civil liberties organizations, including the NAACP, which a few years later would adapt the arguments of Mendez in representing the plaintiffs in Brown. 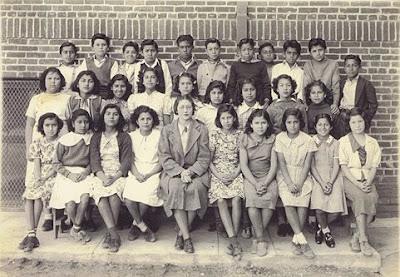 Strum effectively weaves together narrative and analysis with personality portraits to create a highly readable and accessible story, allowing us to hear the voices of all the protagonists. She also presents the issues evenhandedly, effectively balancing her presentation of arguments by both the plaintiffs and the schools that sought to continue the segregation of Mexican-American students.

Ultimately, Mendez highlights how Mexican Americans took the lead to secure their civil rights and demonstrates how organization, courage, and persistence in the Mexican-American communities could overcome the racism of the school boards. Their inspiring example is particularly timely given the current controversies over immigration and the growing national interest in Latino life.