DiMento and Oshio on NEPA's Prehistory

Joseph F. DiMento, University of California Irvine School of Law, and Kazuto Oshio, have posted Forgotten Paths to NEPA: A Historical Analysis of the Early Environmental Law in the 1960s United States. Here is the abstract: 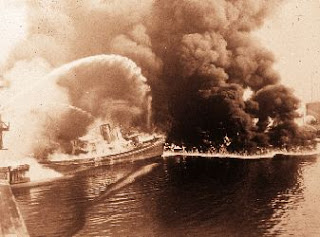 And, on the fate of NEPA in the Supreme Court, listen (and watch) here.

Image credit: The Burning of the Cuyhoga River
Posted by Dan Ernst at 2:05 AM