Davis reviews Drescher, Abolition, and more in the book pages

David Brion Davis reviews Abolition: A History of Slavery and Antislavery by Seymour Drescher in the New York Review of Books. Davis writes: 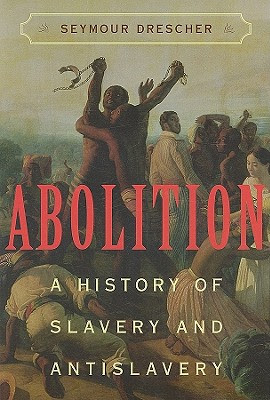 Since I have been attempting for over forty years to put slavery in a more global perspective, I could not be more delighted by Seymour Drescher's magisterial new history of both slavery and antislavery from the late Middle Ages to the end of World War II. While we of course differ on a few minor issues, I believe Abolition is the most comprehensive, detailed, and integrated account of its subjects yet to appear, concentrating on the Americas but including fascinating digressions and comparisons that involve much of the rest of the world. The book is encyclopedic, but Drescher is superb at giving frequent overviews of a big picture, charting the expansion and contraction of his subjects over a period of twenty or fifty years. And there are valuable insights, to say nothing of enlightening information, on almost every page.

When Everything Changed: The Amazing Journey of American Women from 1960 to the Present by Gail Collins is reviewed by Cathleen Schine in the New York Review of Books. She finds it a "worthy sequel" to Collins's America's Women: 400 Years of Dolls, Drudges, Helpmates, and Heroines (2003).

In Occupied Paris: The Sweet and the Cruel, also in the NYRB, Ian Buruma reviews several books on World War II-era Paris under occupation.

THE CITIZEN'S CONSTITUTION: An Annotated Guide by Seth Lipsky gets a brief review in the Washington Post.

Among the holiday books getting the nod this week is THE ONION PRESENTS OUR FRONT PAGES: 21 Years of Greatness, Virtue, and Moral Rectitude From America’s Finest News Source, revewed in the New York Times. Other NYT holiday books are here. And the LA Times includes history and biography in their recommended holiday books.
Posted by Mary L. Dudziak at 12:40 PM