[This is the second post on the pioneer American woman lawyer Lelia Robinson. The series starts here.]

Upon graduation, Robinson faced another hurdle: admission to the bar. Unlike today's highly formalized bar examination, becoming a member of the Massachusetts bar in 1881 required only that the applicant be a citizen of the Commonwealth, be twenty-one years of age or older, be of good moral character, and pass an examination administered by either the Supreme Judicial or Superior Court. Regardless of Robinson's legal qualifications, her petition was denied on account of her sex. She described her ordeal to the Equity Club in an 1887 letter:

For I must assume that all women who study law do so with the same purpose their brother students have in view-namely, that of being admitted to the bar and entering the practice of the profession which they have studied. If they hesitate at all, it is for lack of knowing just how to set about it and here I can sympathize with them indeed. When I graduated from the Boston University Law School six years ago with my degree as the result of three consecutive years' course at the school, I was very much at a loss as to my next step.

[The Equity Club was founded by female law students at the University of Michigan in the 1880s. It collected and circulated correspondence from women lawyers of the pioneer generation. The letters still are engaging reading. See Virginia G. Drachman, ed., Women Lawyers and the Origins of Professional Identity in America: The Letters of the Equity Club, 1887 to 1890 (Ann Arbor: University of Michigan Press, 1993).]

Robinson's case garnered much attention in the Boston legal community. She prepared the petition for admission on her own behalf; the Boston Bar Association provided briefs for the opposition; and two Boston lawyers submitted amici curiae briefs opposed to Robinson's admission. Robinson argued that the word "citizen" in the Massachusetts statute authorizing admission to the bar was a gender neutral term which included both men and women. She also argued that because the Massachusetts legislature should have known that fourteen states had admitted women to the bar, it implicitly provided for the possibility of a lady lawyer. Robinson also contended that as a citizen, under the Fourteenth Amendment to the Constitution, her privileges and immunities could not be abridged, and thus she was entitled to take the bar examination just like her male colleagues.

While admitting that "the word 'citizen,' when used in its most common and comprehensive sense, doubtless includes women," the Massachusetts court denied Robinson's petition. First, the judges qualified the universal nature of the statutory language. "Every statute must be construed in connection with the whole system of which it forms part, and in light of the common law and of previous statutes upon the same subject." In other words, the Court could use precedent to determine if "citizen" meant male and female or only male in the context of admissions to the bar. Citing a string of cases prohibiting women from exercising public office and noting the absence in the historical record of female practitioners, the Supreme Judicial Court concluded:

The reenactment of the act relating to the admission of attorneys with the same words [using the term "citizen" merely to distinguish "aliens"] without more, so far as it relates to the personal qualifications of the applicant, since other statutes have expressly modified the legal rights and capacities of women in other respects, tends to refute than to advance the theory that the Legislature intended that these words should comprehend women.

Thus, the Court rejected Robinson's inclusive definition of the word "citizen" as it appeared in the statute. 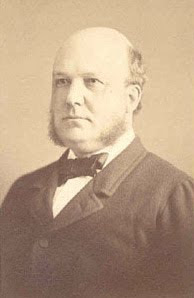 Chief Justice Horace Gray's opinion clearly stated that any changes to the legal status of women had been accomplished by acts of positive law and that any future changes would also have to be enacted by legislative action. He thereby disposed of Robinson's argument that the statute, because it did not explicitly prohibit women from taking the bar examination, automatically included both sexes. "A woman is not, by virtue of her citizenship, vested by the Constitution of the United States, or by the Constitution of the Commonwealth, with any absolute right, independent of legislation, to take part in the government, either as a voter or as an officer, or to be admitted to practice as an attorney," Gray wrote. “Whenever the Legislature has intended to make a change in the legal rights or capacities of women, it has used words clearly manifesting its intent and the extent of change intended," which "precludes the inference that any change in the legal rights or capacities is to be implied." He concluded, "No inference of an intention of the Legislature to include women in the statutes concerning the admission of attorneys can be drawn from the mere omission of the word 'male.'"

Robinson's civil-rights claim based on the Fourteenth Amendment also proved unpersuasive. Again using the term "citizen," Robinson contended that the Fourteenth Amendment, which protected the privileges and immunities of citizens of the several states, meant that Massachusetts could not discriminate against her bar application on the basis of her sex. In the Slaughter House cases, however, the U.S. Supreme Court had articulated a dual view of citizenship that divorced the privileges and immunities of a citizen of the United States from his or her privileges and immunities within a state. Because the setting of standards for licensure, including the admission of lawyers to the bar, had always been the provenance of the state governments, Gray reasoned that Robinson did not have a valid Fourteenth Amendment claim and that no federal question was involved.

For Gray, Robinson's petition for admission to the bar was tied closely to the concept of women holding public office, an idea he could not countenance. In 1871, ten years before Robinson's case, the Supreme Judicial Court of Massachusetts had ruled decisively that women could not be justices of the peace, as they "would have no constitutional or legal authority to exercise any of the functions appertaining to that office." Aware of the earlier decision, Robinson argued in her brief that lawyering was an administrative, not judicial, appointment and that therefore her sex did not prohibit her from exercising her office. Gray rejected the argument that admission to the bar was a private matter. "An attorney at law is not indeed, in the strictest sense, a public officer," he wrote, "but he comes very near it." Admitting a woman to the bar would give her a semi-public status at odds with the legally established incapacity of women to hold public office. Gray referred to a string of English cases in which it had been determined that women could not execute public office, concluding that "no woman, married or unmarried, could take part in the government of the state" and women "could not take part in the administration of justice, either as judges or jurors." Because Massachusetts had done nothing to "prove such a change in the law and usage prevailing at the time of our separation from the mother country," Justice Gray did not think women in Massachusetts could execute public offices either.

[For more on the decision, see Douglas Lamar Jones, "Lelia J. Robinson's Case and the Entrance of Women into the Legal Profession in Massachusetts," in The History of Law in Massachusetts: The Supreme Judicial Court 1692-1992 (1992). On another "first," see Matthew G. Berger, "Mary Hall: The Decision and the Lawyer," Connecticut Bar Journal 79 (2005): 29-58.]