[This is the third post on the pioneer American woman lawyer Lelia Robinson. The series starts here.]

The Supreme Judicial Court's denial of Robinson's petition proved to be only a minor setback, as the following year the legislature amended the 1876 statute to permit women to practice law on the same terms as men. Even before her admission Robinson had set up her own law office. It was not her preferred course of entering the profession.

I had no special acquaintance with any lawyer, and all my efforts utterly failed to gain for me admission in any capacity to any law-office. So I took a trip into the country for the summer to recuperate, and in the fall returned to Boston, quietly hired a tiny office in a building full of lawyers, fitted it up, framed and hung my diploma, sent out cards, and, was ready for such business as I could do without going personally into the courts.

Very little came her way. “When I was taking in very little business (for business and money are not always synonymous, and either one would have been welcomed),” she recalled, “it was a real consolation to me to learn by comparing notes with some of my classmates whom I knew to be bright fellows and able lawyers, that they had even less business than I. In these large old Eastern cities, it is exceedingly difficult for a young lawyer to gain a foothold in the active ranks of the profession. Our people are very reluctant to trust any but gray hairs.”

Unsatisfied with her legal practice in Boston, Robinson decided to move to Seattle because of the “liberality of western views on the ‘woman question.’” 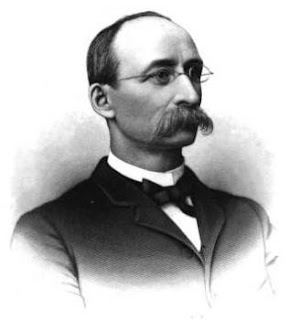 She stayed “nearly a year, was delighted with the place, climate, people, and the bright new civilization; succeeded well professionally, because though I had few matters entrusted to my care, and had a great deal of uncomfortably leisure time, three or four of my cases paid excellent fees. And the referee work which Judge [Roger S.] Greene [a territorial judge and advocate of women's rights, pictured at left] gave me was sure pay and good pay.” Robinson had the chance to appear in court in front of mixed juries for the first time. In Boston, Robinson “did go into the probate court in person to claim separate maintenance for a deserted wife, and, though the case was hard fought, I won it.” But in Seattle, Robinson had a variety of opportunities for court work:

All united in urging me to undertake it, and the judge started me in earnest by appointing me as counsel for a prisoner at the opening of the first term after my arrival. So I made the attempt, with fear and trembling, and shall always be glad, for besides finding I could do the work, I had the invaluable experience of going more than once before a mixed jury of men and women-something that I suppose no other woman attorney has done.

Because of her favorable courtroom experiences in Seattle, Robinson disagreed with fellow Equity Club member Corinne Douglas about the inappropriateness of women appearing in court. "I have found in experience that the public, from whom business must come if at all, judges a woman lawyer as it does a man, largely by his success or non-success in court, and if one is never seen or heard there, one's abilities are matter of serious doubt."

Inappropriate or not, once in the courtroom, Robinson had to decide how to preserve her feminine modesty while best representing her client, regardless of her sex. The touchstone for this sensitive issue, for many members of the Equity Club, was whether or not the lady attorney should remove her hat in the courtroom. Until the 1960s women generally wore hats in public, particularly when they appeared in public spaces, such as a courtroom. However, etiquette dictated that in respect for the bench and the law, attorneys doff their hat in court. Thus female lawyers faced a peculiar dilemma: to keep their hats on and preserve their feminine modesty (and the respect and civility due a "lady") or to observe the proper reverence for the law and go bare-headed as their male counterparts did? Robinson struggled with this issue: 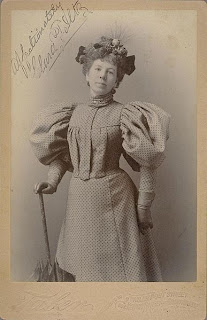 One problem is not yet settled entirely to my satisfaction, and that is: Shall the woman attorney wear her hat when arguing a case or making a motion in court, or shall she remove it? I decided the point myself, temporarily at least, when I went into court with my first case. I had been accustomed, like the majority of women, to wear my hat or bonnet in public places, and as my chief idea was to feel as much at ease as I could, I determined to wear a small hat which set back from the face, knowing that if I should uncover my head there would be an added sense of unaccustomness besides that which the place and the business would create. The same feeling has led me to wear a hat or bonnet ever since on similar occasions. And it seems well to me that when our object is to accustom judge, jury, clients and the public to the presence of women attorneys in court, there should be as few minor variations from the usual customs and appearance of women in public places as may be. Women who go on the witness stand do not remove their hats; why, then, should women attorneys? And it is surely no mark of disrespect to the court for a woman to appear at the bar in her bonnet, which it is customary for her to wear in church. . . . Is there any good reason why a woman who is trying a case should bare her head-and with no chance to look in a mirror to see if her hair is straight or rather to see if it is still in curl?